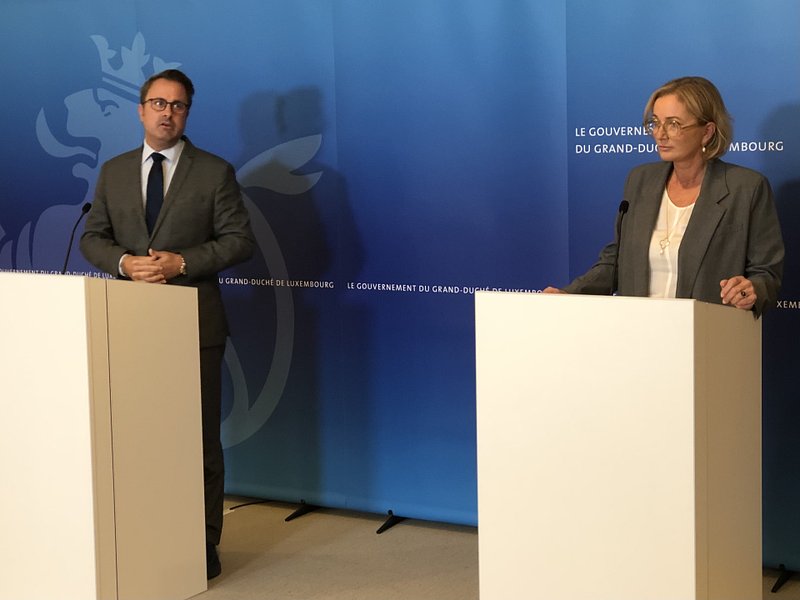 According to the ministers, by now all eligible residents have had the chance to get the vaccine. As a result, the free PCR tests for people hoping to attend a CovidCheck event, or go away on holiday, will be scrapped from 15 September.

The current Covid measures will be extended until 18 October, with some slight amendments, said premier Xavier Bettel. The government is set to propose the amendments to the Chamber of Deputies.

Although the number of new cases has risen slightly over the last week, the situation in Luxembourg's hospitals remains stable.  This has been attributed to the spread of the vaccines. 74% of the population has now received at least one dose of the vaccine, which means Luxembourg lies slightly above the EU average. Eight people are currently in intensive care, none of whom are vaccinated, according to the ministers.

Bettel said the case numbers were likely to keep increasing as people returned from their holidays, with the new school term looming on the horizon also expected to affect the infection rate. However, as long as hospitalisations remain stable, there would be no reason to panic, said the prime minister.

As the opportunity for vaccination is now available to all except the under-12s, Bettel said the free PCR tests would be scrapped later this month for people seeking to travel or make use of the CovidCheck system. The Ministry of Social Security is currently exploring alternative avenues for children under 12, who cannot yet get the vaccine.

Antibody tests that form part of the Large Scale testing scheme will remain free of charge.

The mobile testing units have been a success, with people queuing to get the jab. Lenert said the risk of suffering severe virus side effects was lessened by 80% for those who received the vaccine, and encouraged people to take the opportunity where possible.

People aged between 18 and 50 are most likely to refuse the jab at the moment, with between 50% and 65% of this category vaccinated at the moment.

A fifth of people diagnosed with coronavirus within the last week were vaccinated, according to Lenert. The protection offered by the Covid vaccine is therefore higher than that offered by the flu jab, for example. Vaccinated people are able to spread the virus, but those that contract it tend to suffer only minor symptoms.

Some 7,000 CovidCheck events took place over the summer, the majority of which accommodated crowds of under 300 people. Paulette Lenert said the overall experience had been positive, with no issues arising as a result of these events. The government will therefore proceed with the CovidCheck for future events.

The system will be adapted for hospitals and care homes. At present, all visitors must be able to display proof of vaccination, recovery, or a negative test. In future this will apply to everyone, including for example patients attending hospital appointments.

We can expect a fresh wave of infections as we head into autumn, said Lenert. This wave would mostly be driven by people who are not yet vaccinated, posing a fresh risk for the vulnerable, and particularly those who cannot be vaccinated for medical reasons. The Ministry will continue to explore why individuals are refusing the jab, and will continue to work on clear and concise information campaigns to combat the circulation of false information.
Should the situation worsen during the autumn, the Prime Minister said they have not ruled out removing the self-administered rapid test option from the CovidCheck system. However, there was no reason to remove it at present, he added.