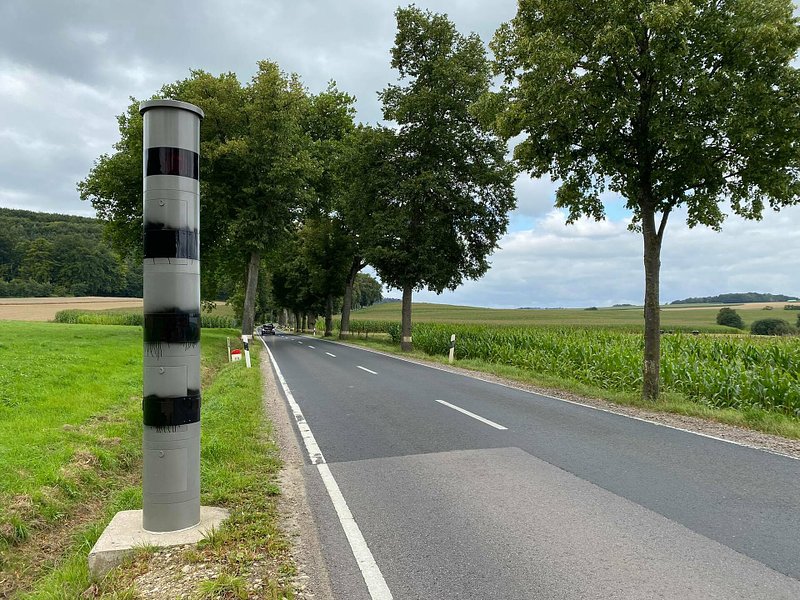 The speed camera on the N8 has been vandalised in the past. Following an incident on Thursday, it appears that there might be a repeat offender at work.

Black paint to "blind" an automatic speed cam: an effective but above all discreet method of neutralising the device.

And a method which has been used once again, as it was discovered on late Thursday morning that the speed camera located between Saeul and Brouch (N8) had been vandalised.

In June, the same device was targeted using the same method to blind it. And before that, in May, the speed camera installed between Beckerich and Oberpallen was vandalised in a similar manner.

As of Thursday morning, the police had not yet reported this new act of vandalism. However, the Road Safety Authority has made it clear before that this type of damage is viewed very negatively.

Paul Hammelmann, president of the Luxembourg Road Safety Authority, stated in June that this kind of vandalism could prove "very expensive for those who get caught".

If caught, they risk "not only" a criminal penalty, which would include a withdrawal of the driving licence, a fine, or even a prison sentence, but also a much heavier sanction if the State takes civil action, Hammelmann explained. In that case, the Luxembourg State can ask the perpetrator to pay for the repair work, with Hammelmann pointing out that this could be very expensive "considering the cost of speed cameras".