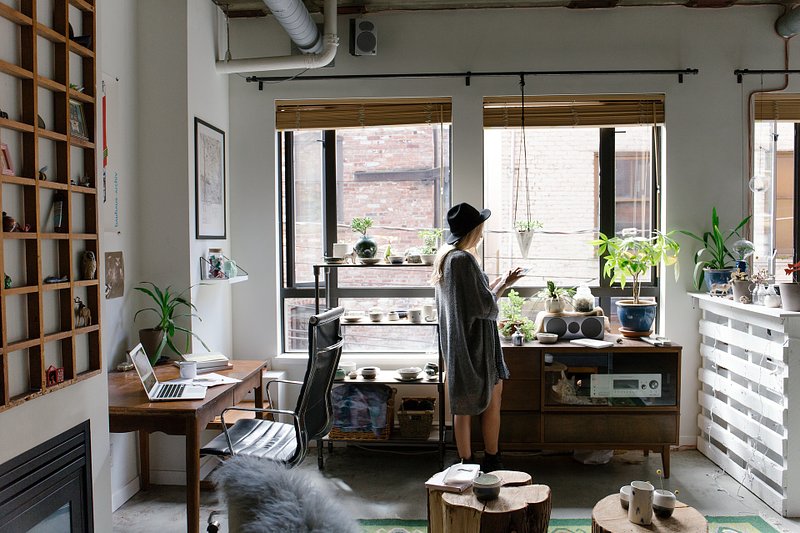 Less commuting is most appreciated by home office workers. Post-pandemic, 33% of respondents would be pleased with two office days per week, with many finding a lack of social contact to be the biggest downside to working from home, while 54% of readers believe a law should guarantee the right to telework.

Last week we asked our readers to share their thoughts on a gradual return to office life, whether they look forward to going back to their workplace, and, if so, how many days per week they would want to be there. Other topics concerned the legal right to telework, what one misses most about not going to the office, and whether employers have already requested their employees' in-person presence once the health situation stabilises.

1,450 respondents took part by the time we closed the poll (of which 98% said their job could be done remotely). Some interesting comments were posted below the article as well:

"Work from home should remain. It solves many issues. From dealing with toxic people to improving mobility (less traffic jams) and it's better for the environment. I don't know why we are still talking about this", said user Yami88.

E_wa prefers a balance: "A mix seems the logical way to go, 2 days at home and the rest in the office."

Even though this is not a representative sample of the Luxembourg workforce, it is an interesting starting point to tap into the mood of the nation: office, or home?

Working from home means not having to leave the house. This solves many troubles, such as heavy commuter traffic and delayed public transport, as well as being able to take care of family and children, and therefore having the option to skip day care and avoid the usual hustle and bustle of work/life balance.

When asked what readers appreciated most about home office, 79% of respondents ticked "less commuting". The following options all scored relatively similar responses: "I can get up later" (48%), "I can be around family" (47%), "I decide how and when I work" (47%), "I am more productive" (46%). 43% of respondents say they are less stressed, and 32% believe they tend to perform better at home compared to the office. 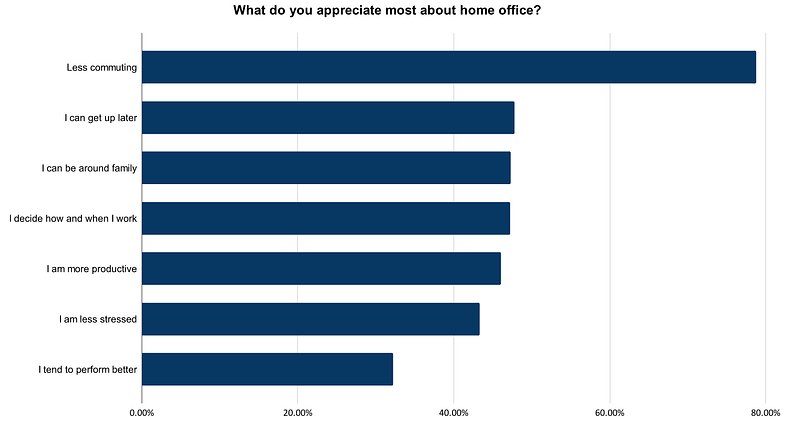 A return to the office would, however, greatly boost social interaction, something many respondents have been missing. 64% of participants say social contact is what they look forward to most when returning to their workplace desk. This is followed by "Change of environment" (47%), "Better divide between personal and professional life" (42%) and "In-person meetings" (39%) - Zoom-fatigue seems prominent.

Even the desire for a return to informal coffee chats, somewhat related to social interaction, is ticked by 37% of respondents. "Bigger computer screen(s)" is the least important factor, and only ticked by just under half of readers.

How many days at the office?

As it stands, 41% of respondents are unsure as to when employers will ask them to come back to the workplace, and if so, how many office days that policy would entail. 19% of readers are aware that their employer will grant them two home office days per week, with 16% of respondents being asked to come back five days per week. 5% say they will be free to work fully from home, however there is no data on which sector they're in.

Overall, 33% of respondents would prefer working from the office two days per week. 32% would rather work one day on-site, 20% for three days, 7% for four days, and only 8% the full five days.

There is also a difference between age groups. Whereas 15% of 55-64 year olds would like to see an office return for the full five days, only 4% of 45-54 year olds do, and 8.5% of 35-44 year olds. For 18-25 year olds this figure is 9.5%. The preference could be reflected in the family situation; the first and latter age groups most likely do not have kids (at home), and may appreciate a change of environment more due to having less responsibilities.

In terms of gender, with the exception of two office days (30% for men and 37% for women) and four days per week (both 7%), women tend to prefer fewer office days than men.

Should there be a law guaranteeing a minimum number of home office days?

Calls for the government to legally oblige companies to offer home working have not made it into law yet.

On this topic, user Smiler commented: "It should be made mandatory at least 2 days or 3..it can balance work and personal life and also parents with kids don't have to drop of children at daycare so early and can pick them up earlier and save on costs a lot. Some have low incomes, this would help."

Generally, older respondents prefer less time working from home compared to younger respondents, but only a tiny fraction of those polled were aged between 18-25. However, the idea of having at least one home office day per week that the company is legally obliged to offer is favoured by 14% across all age groups.