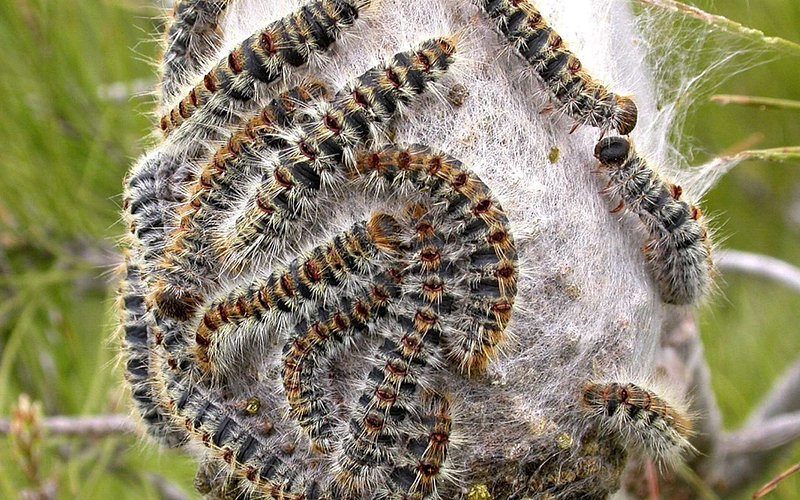 Similar to spring-time allergies, the insects return every year and plague humans by causing allergic reactions and skin irritation.

A considerable number of people are voicing their dismay over the pain and itchiness caused by the oak processionary caterpillars. As is known by now, one does not have to get in close proximity to the insects to be affected by them, as the wind often transports their irritating hairs across long distances.

Our colleagues from RTL 5minutes talked to general practitioner Jean-Paul Schwartz about possible health risks: "Both allergic reactions and pain can be significant. They are caused by a substance that the insects have on their hairs."

Which steps should one take when affected by the oak processionary caterpillars? It is best not to scratch the itchy parts of the skin, but rather disinfect them to avoid inflammation. Antihistamine salves are also known to be effective. To avoid problems altogether, it is advised to wear long sleeves when going outside.

Dr Schwartz further talked about a current increase in mosquitos, which are especially prone to bite humans when the air is hot and humid. He explained how to recognise the difference between allergic reactions to mosquito bites and oak processionary hairs. The former often turn out as small, individual spots, while the latter affect larger parts of the skin. However, reactions often depend on a person's allergic tendencies.

Martine Neuberg from the environmental administration also issued a warning about harvest mites (also called chiggers). These little insects spend most of the winter underground, but can be found in grass fields during summer.

On Friday, Vauban high school announced that "several pupils and teachers" suffered from itchy skin irritations, which is linked to the presence of oak processionary caterpillars in the trees at the rear side of the commercial centre.

In the French Grand Est region, the insects are already making headlines, as two schools in the Faulquemont commune were forced to close down. 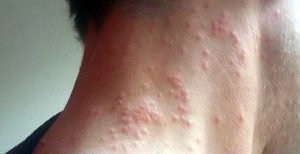