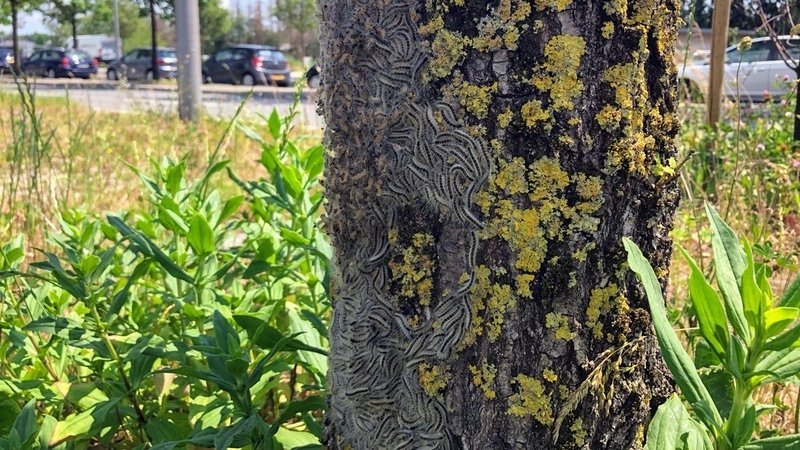 The nests of these insects usually appear in oak trees in parks and forests around mid-June, which is why the prevention measures will target these places specifically.

One of the places where such a treatment against the oak processionary will be carried out is Parc Lé'h in Dudelange. Initially, it was planned to start the treatment next week, but the authorities decided to push it back by one week to 17 May. Similar measures will also be applied in several other places across the country.

In 2020, the climbing wall in Dudelange's Parc Lé'h even had to be closed temporarily due to an invasion of these caterpillars, whose hairs can cause intense itching in humans.

By mid-July, the caterpillars have finished developing into moths, but the empty nests still pose a danger to humans and other animals. Even brief contact with the hairs of caterpillars and their larvae can cause quite severe allergic reactions in some people. Skin rashes and infections have also been reported.

The nests can only be neutralized by specialist companies and their destruction can and should in no case be taken in charge by private individuals who are not properly equipped.