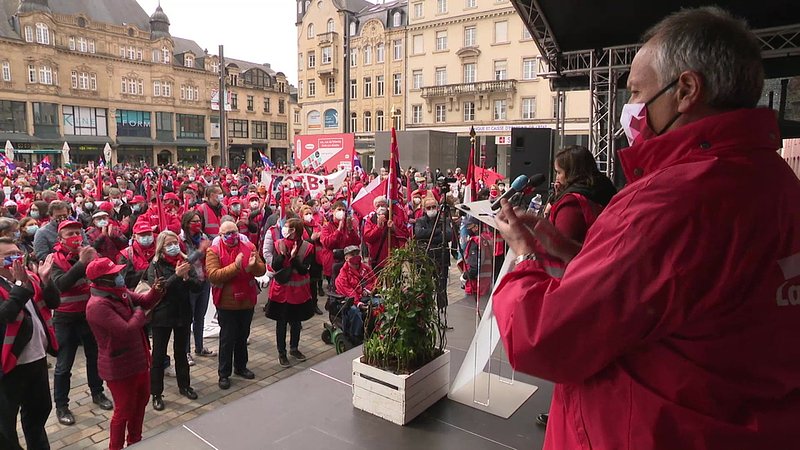 The motto of this year's edition was "Back to the Roots". The event is usually held in Neumünster Abbey, but for the second year in a row, it needed to be relocated due to the pandemic. For the first time, OGBL thus organised a march in Esch-sur-Alzette.

OGBL president Nora Back used the opportunity to express her gratitude for the hard work that has been performed by key workers since the beginning of the pandemic: "It is time that people are rewarded for their hard work instead of being treated like an expense."

Back also issued a warning to the government to adhere to its social responsibilities so that the country's economy may have a chance to recover. She underlined that it cannot be down to the people to make up for the losses of the pandemic. She thus addressed the issue of tax reforms, noting that "politicians need to show more courage".

The OGBL president further talked about the buying power of mid and low income families, which she argued needs to be increased and stabilised to ensure a strong market. Additionally, she advocated for an increase of the minimum wage and pension.

The pandemic has helped uncover the weaknesses of our society, Back further emphasised. Especially when it comes to the health care system, it is time to realise how important employees are and that their well-being needs to be guaranteed.

Finally, the OBGL president addressed the situation in the manufacturing industry, noting that the pandemic is increasingly being used as an excuse to cut jobs.