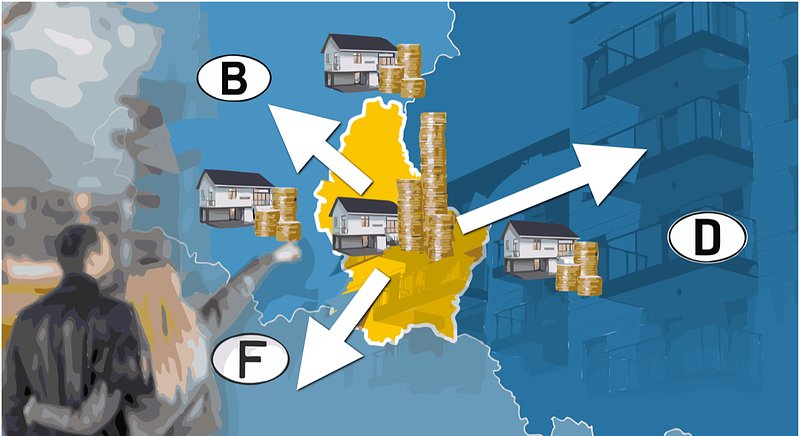 Since the housing crisis continues to be on many people's minds, our colleagues at RTL 5minutes took a closer look at some of the more affordable municipalities on the other side of our borders.

It is no secret that Luxembourg is plagued with what seems like exponential price increases in the real-estate market. Aside from high buying and renting costs, living expenses are also on the elevated side. Unsurprisingly, more and more residents consider looking across the border for more affordable housing opportunities. After all, there is a reason that so many cross-border workers commute to the Grand Duchy from Belgium, France, and Germany on a daily basis.

The most affordable municipality on the other side of the French border is Briey, with apartment buying prices set at €89,567 on average. According to atHome Group, Villerupt is however the best option to buy a house, with average prices of €197,582.

These two municipalities stand out in the French border region, where the general average price for apartments is set at €166,363, and the one for houses at €306,915.

Read also: Housing prices on the rise despite Covid crisis

Neufchâteau is the most affordable municipality in Belgium when looking to buy an apartment. While the average price in the border region is set at €221,996, Neufchâteau offers flats for an average of €187,470.

If one rather opts for a house, Virton is the place to be, average prices being €252,323. In contrast the average price for a house in the Belgian border region lies at €326,580.

Buying an apartment in Germany is most affordable in Saarburg, which has average flat prices of €174,681. Houses best be bought in Mettlach, where the average price is set at €259,458.

Both municipalities thereby find themselves considerably below the regional average of €291,631 for an apartment and €401,522 for a house. 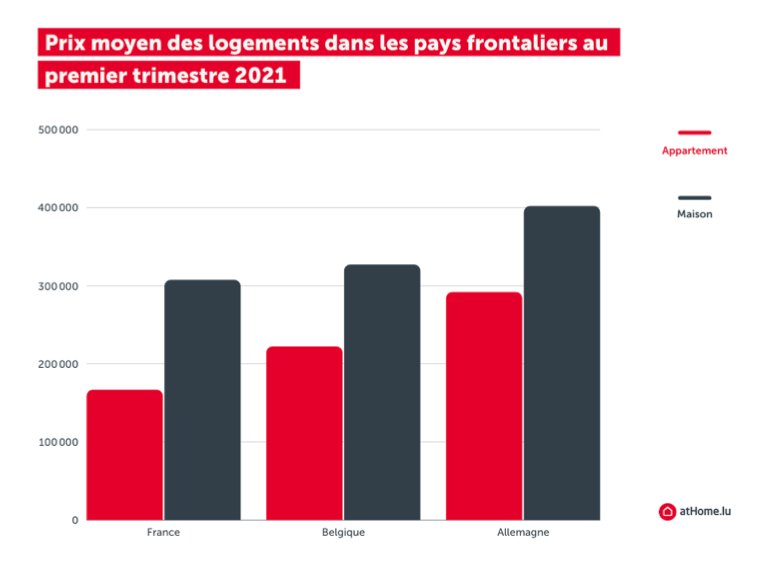 Housing prices across the Luxembourgish border are thus far below those even in the most affordable region of the Grand Duchy, which is the north of the country.