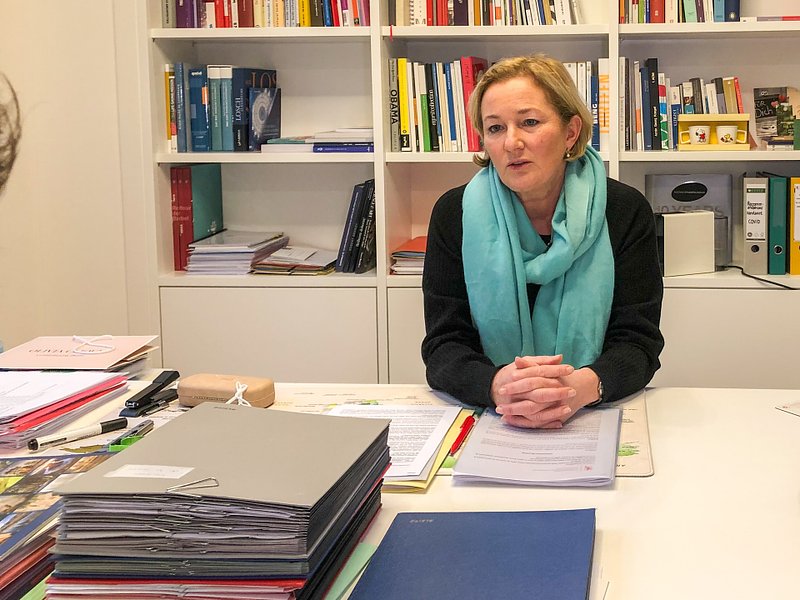 After a prolonged absence due to health problems, Minister of Health Paulette Lenert will return to her post on Monday 19 April.

"She is fine. She is even in great shape', a source close to the Minister assured RTL. This was confirmed in more conventional but unequivocal terms by a member of her professional entourage, who stated that Lenert "is recovering until 18 April inclusive", meaning that she will resume her duties fully the following day.

Good news for the government, as well as for the country, which still finds itself in the middle of a health crisis and where many of its residents appreciate the work of the young minister from the Luxembourg Socialist Workers' Party (LSAP). Lenert's popularity was recently confirmed when she came in at the top of the latest Politmonitor poll on the Grand Duchy's most appreciated political personalities.

Substituted during her absence by her party colleague Romain Schneider, who visited the Ettelbruck vaccination alongside the Prime Minister centre on Thursday, Lenert is now preparing to move past this rather unexpected chapter in her career.

A chapter which began on the evening of Tuesday 23 March. The 52-year-old Health Minister had fallen ill on the banks of a pond in Nennig, on the German side of the Moselle.

The following day, her Ministry announced that she had been hospitalised for a check-up but that the suspicion of a stroke had been ruled out. She was back home the next day.

Paulette Lenert had told RTL that she would give herself three weeks to recover. On Monday, she will return to her duties and her Ministry has in fact already scheduled an official appointment for her.