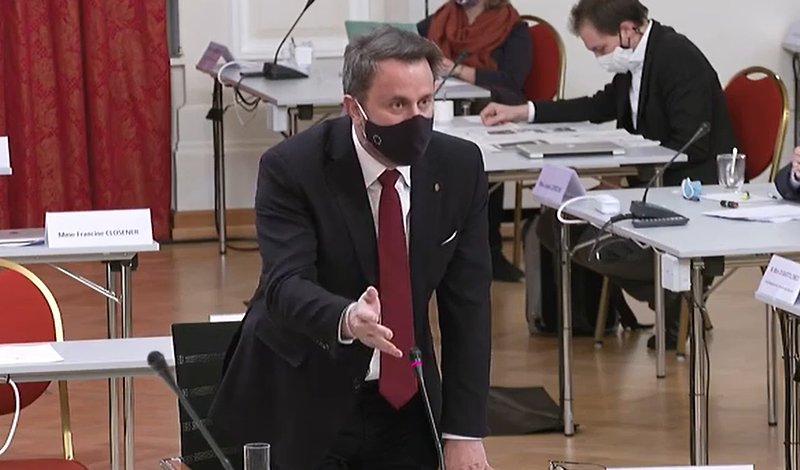 The hospitality sector remains shut while schools continue education on site. Laws are also being relaxed in the sport and cultural sectors.

Opposition members expressed concern for the government's lack of consistency in its policies, especially between the new measures and those proposed just after Christmas. The Chamber debate saw sparks flying from both sides.

"You say it's too early, but you do it anyway!"

"To play politics in times of crisis is to call a spade a spade, to awaken confidence. It is essential", said Claude Wiseler (CSV). He recalled that Minister of Health Paulette Lenert said this week that "January would be a very critical month and that we are not yet in a comfort zone. And then the government presents a text in which all the measures taken fourteen days ago are withdrawn. You say it's too early, but you do it anyway!"

Given the warnings from all sides (Council of State, Higher Council of Infectious Diseases, CCDH, etc.), but also given the lack of perspective on the effects of the measures that came into force on 26 December and all the questions raised by the delays in vaccination and mutation of the coronavirus, "the text in force should have lasted at least 14 more days", according to the spokesperson for the main opposition party.

"It's not like Asterix, there is no magic potion!"

For the DP faction leader, Gilles Baum, "there are three schools. The first that says we must reopen everything. But this path would destroy all the efforts made so far. The second says the opposite, that is to say that we must let everything close: schools, nurseries, shops, etc. But in this scenario our economy would take a big additional hit and we cannot afford it. And finally the third school, to which the coalition belongs, which knows that all the efforts made so far have had an effect and that there is still a long way to go. The path towards normality is being taken in small steps."

Sven Clement from the Pirate Party agreed with Wiseler: "On the one hand, we say that the figures are not yet promising but we are loosening restrictions... just don't go to a restaurant. It gives the impression that the government does not know what it is doing."

"It's not like Asterix, there is no magic potion!", countered Georges Engel (LSAP), before explaining that "nobody knows if he has everything right or made a series of mistakes despite everything". But the fact is that, in his view, "every time action has been taken it has worked and the evolution has been the right one."

The message from the two main protagonists, Prime Minister Xavier Bettel (DP) and Minister of Health Paulette Lenert (LSAP) was along similar lines: to unite in the face of the crisis instead of dividing the Luxembourgish people. "We will only get there if we stick together", Bettel said. "I would like us not to fall into pessimism and tell people that everything is dark. The numbers are good."

The government's argument is simple: how to propose the best measures with great flexibility. "Taking new measures is not an easy task and never will be", said Paulette Lenert, calling on the public and the Chamber to stick together.

The minister said she had "no regrets for the boost" given just before the end of the year holidays to contain the evolution of the pandemic.