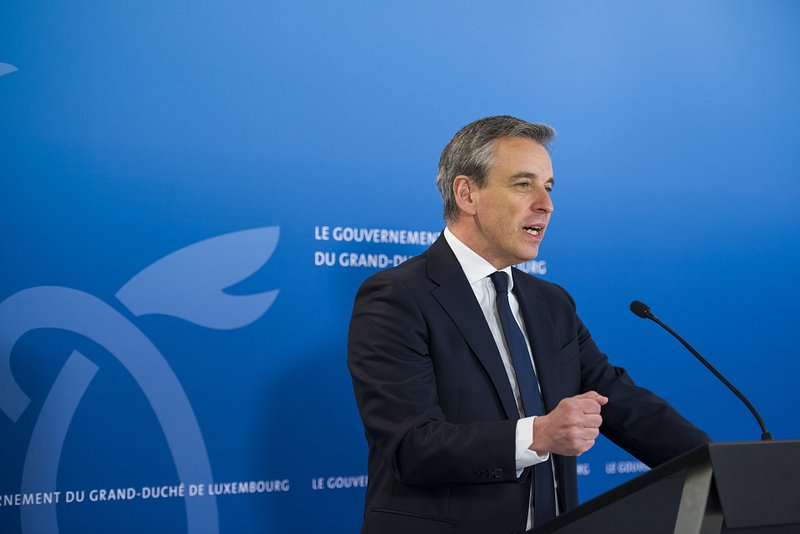 The Minister of Education addressed the press on Tuesday morning to detail how the new government measures will affect schools and childcare when they come into effect at the end of the week.

Following the government announcement on Monday, Meisch confirmed that all schools will revert to remote learning for the first week of the new term in January. Crèches and other childcare settings will close from 28 December to 10 January, with the exception of childcare for those whose parents work in the healthcare sector.

Meisch pointed out this week will not be an additional week's holiday, and that online school is mandatory for all pupils.

From 4-8 January, pupils and teachers will make use of the existing digital resources to carry out distance learning. For younger pupils, this week will focus on catch-up lessons, while secondary school classes will be streamed following the usual lesson plans.

Students in their final year of secondary school will see exams pushed back, with an additional week added to their semester to allow them to catch up.

Parents of children under 13 who are in need of additional family leave can apply via guichet.lu.

Adult education and music classes will also make the switch to online, while extracurricular activities will be suspended.

Meisch said over the last few months there had been a collective effort to reduce the virus in educational facilities while keeping young people's education on track. The health crisis cannot be an educational crisis, he said, and praised all those who had joined the effort to give "Generation Covid" the same opportunities as their predecessors.
The last few weeks have seen a very high increase in new infections, pushing the educational sector to its limit, as with the health sector. 800 new infections among pupils and staff per week have made it difficult to trace, test and isolate, while distance learning, quarantine and absences have all contributed to delays in the educational programme.

In spite of the difficulties experienced, Meisch said he had received feedback from educators, parents and students, stating that the efforts were worthwhile.

From 10 January onwards, PCR test invitations will be issued to pupils aged four to 19 years, as well as staff. Extra efforts will be made to encourage good ventilation in schools, while CO2 measuring devices will be distributed to assist with this.

The minister acknowledged that this Christmas would be particularly difficult for many young people, and encouraged pupils and parents alike to make use of the helplines available. CePAS has launched a psychological support helpline on 8003 93 93, while those requiring educational support can contact 8003 90 90.