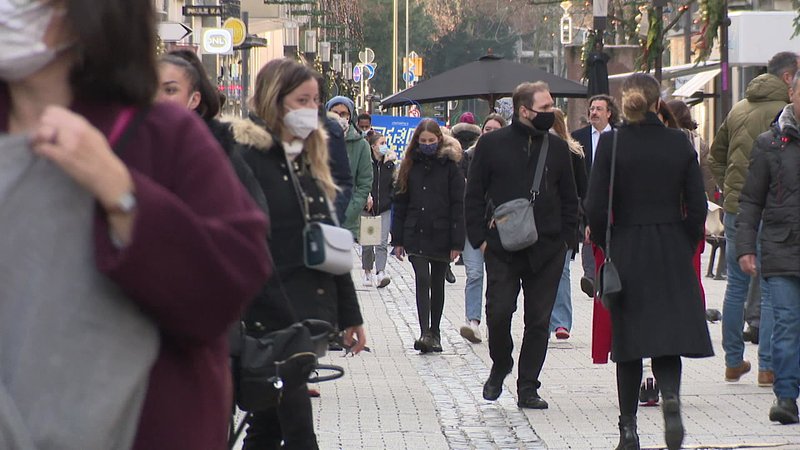 A vast amount of people still perceive shopping as a form of leisure.

With the exception of supermarkets, all shops are currently closed in hard-lockdown Germany. France and Belgium have been in a similar situation several weeks back. Business owners have noticed a growing presence of shoppers from the Greater Region, who flock to Luxembourg City despite restrictions in place.

Earlier in December Bettel had reiterated that shopping should not be an excursion. Yet despite corona restrictions shops in Luxembourg have been very busy in recent weeks. Even shopping Sundays proved more eventful than expected. A business owner in the Grand Rue explained that, for instance, when France closed down more French people came to shop in Luxembourg.

"We have to say that in November, when France and Belgium closed down, we actually increased sales. However, it must also be said that we have a great number of people from France and Belgium working here in Luxembourg, and that perhaps they consume more here than across the border," says Fernand Ernster of the Trade Confederation.

In shopping malls, however, the presence of tourists is less evident. But there are still plenty of people enjoying shopping as a form of leisure. Despite Germany closing stores last week, shopping mall business owners did not notice an influx of German shoppers.

"Rather more clients from Belgium, who came as a family and went for walks to kill time," says one store owner. "Germans have a different discipline regarding this matter," Ernster believes. "Even at home."