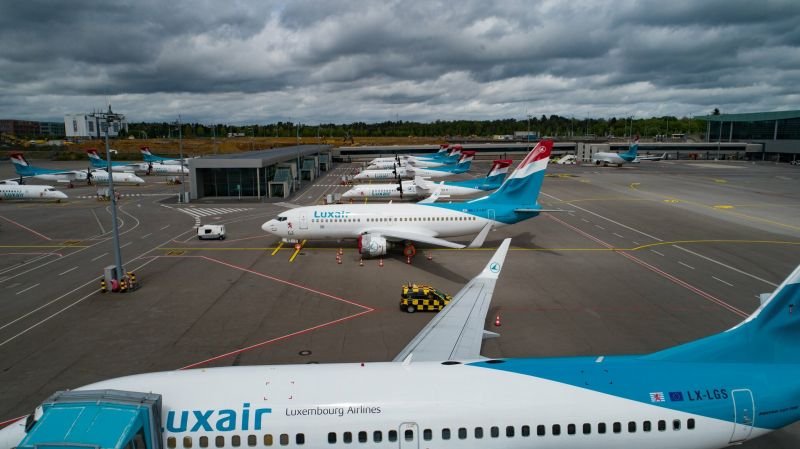 The aviation sector has been badly affected by the Covid-19 crisis. 600 Luxair roles are said to be affected.

During a previous tripartite meeting in October, attended by the airline, the government and unions, employers had agreed to a job guarantee. The new agreement covers the establishment of an employment maintenance plan and a redeployment unit.

20% of Luxair personnel, around 600 people, are affected. Half of them are expected to be offered early retirement, while others will either be internally reassigned or loaned out to other companies by way of the redeployment unit.

The government has committed to financing these measures via the redeployment unit. The cost is estimated at 50 million euros over three years. But a legal basis for this measure will have to be established, as the current limit of how many people can go through this process is too low.

Over the next three years, the social partners of the tripartite will meet twice a year for updates. The goal of this meeting on 9 November is for all parties to sign the agreement.

It has now been confirmed that all parties signed the agreement. Luxair CEO Gilles Feith commented that the airline experiences an unprecedented challenge, with changes in consumer behaviour and flight scheduling. Minister for Transportation François Bausch conveyed that the plan may be ambitious, but that he remained optimistic about the implementation.

Minister for Labour Dan Kersch also commented on the agreement, explaining that the government is willing to contribute to the solution as much as possible. He is optimistic that the Chamber will support this direction as well.