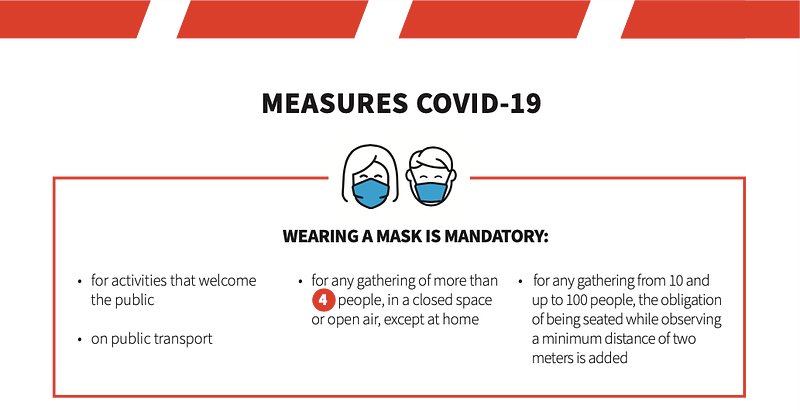 The new measures proposed by the Luxembourg government to limit the spread of COVID-19 were approved by the Chamber of Deputies this week and came into force overnight on Friday.

Here's an overview of the key points.

This measure limits travel between 11pm and 6am. "This is the only way to control nightlife", the Prime Minister declared last Friday.

Exceptions are granted to people who work or travel home from work during those hours or in other specific cases (health emergencies, walking the dog, etc...).

The curfew will remain active until 30 November.

The limit of customers at a single table in restaurants has been reduced from 10 to 4 people - unless all guests are from the same household.

The four people rule also applies to the number of guests that can be invited into your home.

A further rule in this regard: masks are obligatory at any gathering with more than four people, whether indoors or outdoors, except at home.

This also applies to the world of sport, as Health Minister confirmed in a press conference on Thursday.

This means that group sports activities of more than four people are prohibited. There are exceptions to this for school activities and elite sports, according to the Chamber of Deputies website.

Cafés and restaurants can no longer remain open until midnight, but must now close at 11pm. "There's nothing to keep restaurants from taking last orders before 11pm," Bettel stated.

"10 SQM PER CUSTOMER" IN SUPERMARKETS

Luxembourgers will have to restrict one of their favourite hobbies: shopping. The new "10 square meters per customer" rule is intended to limit the density of customers in malls and supermarkets, which has emerged as a worry for the government.

This measure was imported from Germany and was announced by Paulette Lenert on Tuesday. 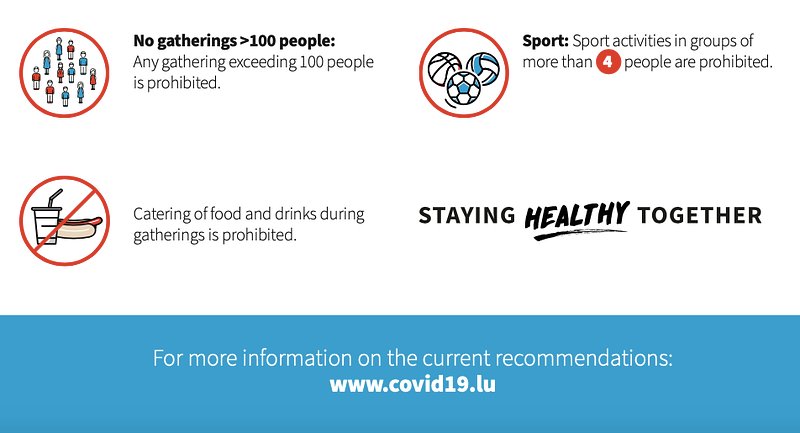 Gatherings of more than 100 people are once more prohibited. This measure was announced by the Health Minister, giving the example of stadiums, which can now no longer exceed 100 people, despite being outside.

For gatherings between 10 and 100 people, both inside and outside, "people will have to wear a mask and be seated at a distance of two meters," as per the Chamber of Deputies. Exceptions may be granted for funerals, weekly markets and museums.

To top it all off, the government has decided to increase the minimum fine for infractions related to the Covid law from 25 to 100 euros.

This means that if you break the curfew, you will now face a fine between 100 and 500 euros.

All of these measures, except the curfew, will remain in place until 31 December 2020.