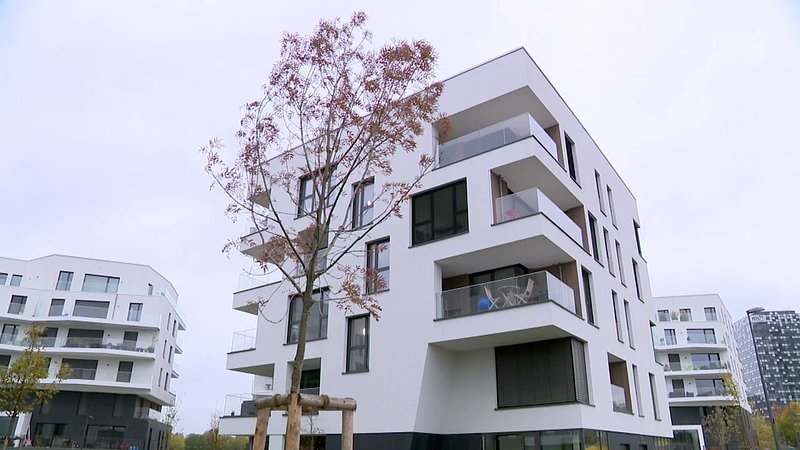 According to the Robert Krieps Foundation, SIFs ("Specialised Investment Funds"), are misused to speculate on the property market without paying taxes.

An "immoral legality", that is how Max Leners of the Robert Krieps Foundation describes the use of "SIFs", the "Specialised Investment Funds", by large property developers. In a note, the think tank close to the Luxembourg Socialist Worker's Party (LSAP) proposes that these funds should be more strictly regulated in order to move towards greater tax justice.

The foundation does not criticise the existence of these funds, whose main purpose is to avoid double taxation, i.e. prevent things that are already taxed abroad from being taxed again in Luxembourg. This is legitimate, says Max Leners, one of the authors of the note.

According to Leners, the funds are basically designed so that there is no double taxation, but if a Luxembourg resident uses this financing instrument, the bottom line is that they are not taxed. Leners argues that this meant that these funds were a financing instrument that had been created to attract foreign investors, who could make use of them to obtain a minimum taxation in the Grand Duchy. However, the promoters in question were now abusing it in order to end up paying no tax.

Leners gives an example: In 2018, the financial company "La Luxembourgeoise" contributed two properties to a SIF with a total value of €30.3 million, which brought in almost €300,000  in rental income in 2019.

Within "La Luxembourgeoise", Leners explains, this rental income would theoretically be taxed at 19%, but within the SIF, they are taxed at 0.01%.

According to Leners, it was even more complicated in a fund, because as soon as someone sells their share of the fund, again no tax is due, depending on how the person in question set up their fund. While complicated overall, it is possible to avoid taxation completely by respecting 2-3 criteria which in themselves are not very complicated.

Even the government acknowledges that there is a problem. The 2018 coalition programme states that abuses due to the use of the SIF tax regime in the real estate sector must be avoided. The Robert Krieps Foundation calls for this to be taken to the next level and proposes taxation at the shareholder level.

Leners explains that ideally, as soon as a Specialised Investment Fund held a property in Luxembourg, i.e. the property was located in Luxembourg, from that moment on, taxation would no longer take place at the fund level, but authorities would act, through the fund, on the shareholder. A normal tax rate would then apply, i.e. up to 42%, instead of just 0.01%.

However, could this change not ultimately lead to even higher housing prices, with landlords passing on higher contributions to their tenants?

Leners counters that this instrument was never created to act on the housing market, which meant that should it disappear, it would not lead to normal property developers having to pay more taxes. In fact, Leners argues that it actually leads to unfair competition between property developers who can set up a SIF – which are only the biggest developers in the country – and developers who do not have this possibility, because such a SIF involves very high costs.

At the same time, the supply side of the housing market should be increased, which means that the state has to invest, adds Max Leners of the Robert Krieps Foundation.