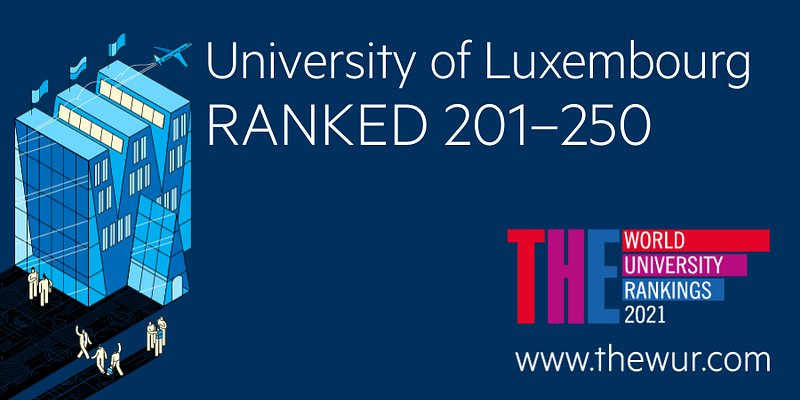 The Times Higher Education (THE) World University Rankings 2021 ranks the University of Luxembourg in position 201-250 amongst the top 1,527 universities worldwide.

The University’s overall positioning remains unchanged compared to the prior year, however an additional 131 institutions were included in the THE 2021 ranking.

The THE World University Rankings are one of the most important university rankings worldwide. It evaluates the strengths of universities in the categories Teaching, Research, International Outlook, Industry Income and Citations based on 13 performance indicators. The University of Luxembourg has been included in the THE rankings since 2016.