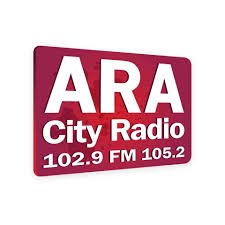 Radio ARA, which has been broadcasting since 1992, believes that the proposed law (7631) does not sufficiently recognise the needs of community media, an important part of the overall media landscape in the country.

Without financial support, the station's survival is in doubt.

'Radio ARA is deeply disturbed by the new text of the Media Support Bill.

Until recently, it seemed as if the state would finally recognise community media in Luxembourg. After years of discussions with the Ministry of Media and a positive recommendation from ALIA, two weeks ago Radio ARA was invited to the Chamber of Deputies to present their role to the Media Commission. However, one day after Radio ARA spoke to the Media Commission about the importance of community media for media plurality - and without waiting for the parliamentary debate on the public service, the Council of Ministers adopted a bill that means a major setback for the radio.

in virtually every European state, community media is recognised and promoted as a third pillar of the media landscape, besides public law and private-commercial media. Institutions such as the European Parliament, UNESCO and the Council of Europe recommend all Member States to seize the opportunities offered by community media, thereby consolidating media literacy in society and, above all, involving marginalized groups. Community media give civil society direct access to the antennas, strengthen participation and provide a training ground for journalists.

In the present legal text 7631, which focuses mainly on the written press, community media is included in one line. The aid provided for them is capped, and does not address the real needs of community media. The requirement of a minimum number of full-time journalists, means they are bound by a system that contradicts their way of working. The requirements of community of media is for technical and infrastructure support as well as personnel needed for administrative, coordination and communication with the massive number of community volunteers that are involved at the station.

Lisa McLean (responsible for English-language “ARA City Radio” and Community Shows Radio ARA):
“Radio ARA is important in Luxembourg because a large part of the population is not represented by the existing media. We thought that our response during the pandemic had made our mission clear. With the Local News produced in 10 languages, including Arabic, Tigrinya, Farsi, Albanian, Russian, Italian ... we reached people in Luxembourg who would not otherwise have had access to important local information.
But first we realized that we were not eligible for COVID emergency press assistance and then that our work and potential is not understood at all. This hurts.”

Since the end of last year, Radio ARA has been in a critical financial state. Like all media, it has become increasingly difficult to finance the station solely through advertising. A large number of advertising clients have moved to digital media, which will receive additional funding from the Luxembourg State through the press assistance system. Radio ARA employs 170 volunteers and freelancers, as well as journalists with (foreign) press cards to make good quality broadcasts and news. 12 people are employed (part time) and mainly take care of the organization, training and project management. The radio does not have enough money to hire a technician, this work is done on a voluntary basis, by its supporters.

Guy Antony (President): "The new law does not do us justice. It’s like coming to the clinic with appendicitis and then getting your arm plastered. While community media offers a great opportunity in a democracy and would address Luxembourg’s great lack of media pluralism and alleviate the problem with media concentration, this new Media Bill 7613 intensifies the problem, and means Radio ARA’s existence hangs in the balance."'