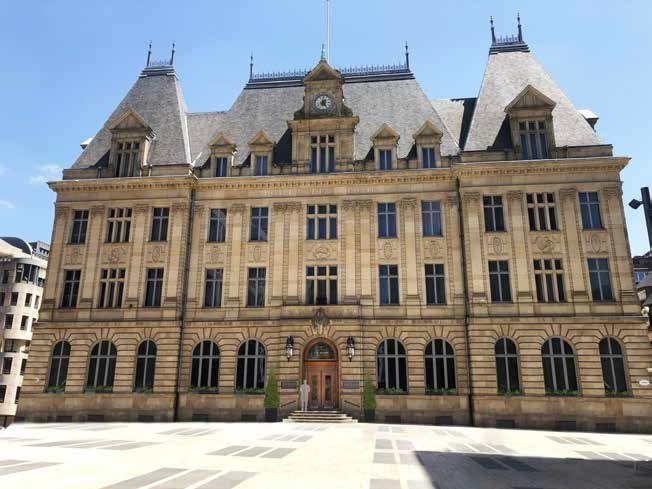 Post Luxembourg left the historic building located in the city centre in 2017 and moved to its new premises in quartier de la gare. Now, the new project for the building has been revealed.

Modernising the enormous building which was built over a hundred years ago – between 1908 and 1910 to be precise – is not an easy task, especially since it is also classified as a historical monument.

Post Luxembourg already reviewed ideas in 2015 but none of the submitted projects were chosen. Rumours about the building being turned into a hotel have sparked enthusiasm as well as criticism.

A few months ago, Post finally agreed to a partnership with French real estate group Artea. In the context of this cooperation, both companies are co-investors in the transformation of Hôtel des Postes – Post holding 51% of the investment and Artea 49%.

The building, which will remain the sole property of Post Luxembourg, will subsequently be managed by the French investor.

Romain Schmiz architects & urbanistes, which has already build the new Post building near the railway station, has received the contract to put the plan of architect Sosthène Weis into reality.

The latter is working alongside Geraldine Dohogne, interior designer based in London who has notably designed the "1898 The Post" hotel in Gand, Belgium.

Works are expected to start at the end of the year and continue until 2023. The estimated budget for the project is €50 million.

The Director-General of Post Luxembourg, Claude Strasser, stated: "Hôtel des Postes remains the property of Post. Our main goal is to make sure that the iconic building will regain its charm. I want to make sure that it will be an integral part of the public space of the capital and that as many residents and visitors can benefit from this architectural jewel as possible".

The mayor of Luxembourg City, Lydie Polfer, declared: "Hôtel des Postes has always been an architectural gemstone in the heart of Luxembourg City. Thanks to its new function, it will contribute to the appeal and value of the city centre".