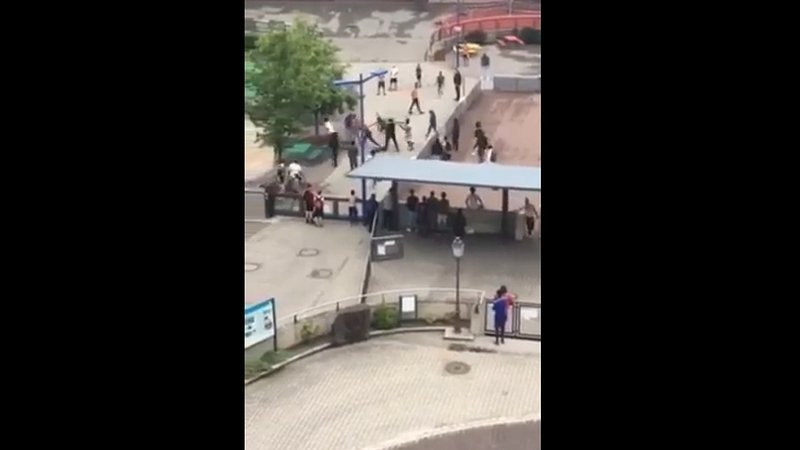 A video depicting a mass brawl in Ettelbruck surfaced on social media over the weekend.

The clip depicts a number of people participating in a fight on the premises of Ettelbruck primary school on Friday 26 June. The municipality of Ettelbruck has since confirmed that the brawl took place on Place Marie-Thérèse.

The mayor and aldermen expressed their shock at the aggressive acts which took place on Friday, in a press release on Tuesday. Police intervened after a large group of people met at the school, where the fight broke out among a number of youths. Officers were able to defuse the situation, according to the statement.

The school and the surrounding area have been placed under surveillance since Tuesday, after the town engaged a private security company. CCTV is due to be installed around the playground in the near future.

The statement confirmed all necessary steps would be taken to discourage vandalism and delinquency in the town to ensure the safety of its citizens. The incident has been discussed with the regional police department and will be analysed by the prosecutor's office.

On 1 July, a meeting will be held in the presence of the regional police directorate, members of the Ettelbruck primary school committee, and the municipal council. The alderman's college sent an interview request to the Minister of Internal Security in order to obtain government support.