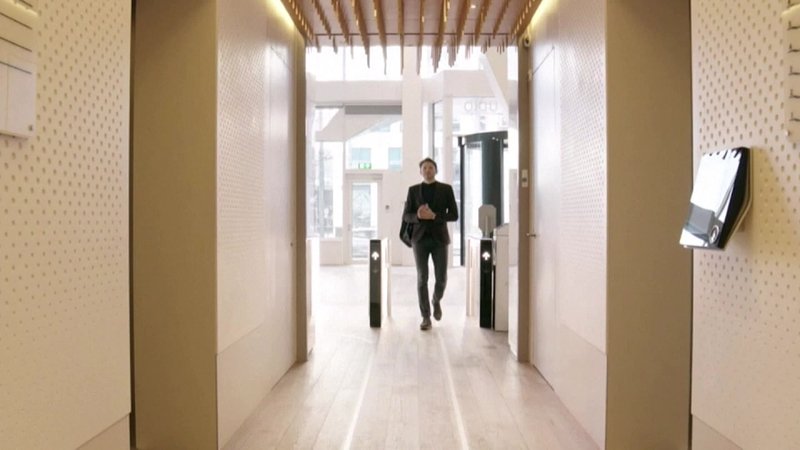 The pandemic has not only influence our private lives, but also the way we approach work.

Video conferences and remote working were somewhat unique exceptions back in March - now they've become a habit and daily routine. What will a return to the office look like during the country's deconfinement? Will employees display a sigh of relief, or oppose going back in the first place?

Office buildings have been transformed into one-way corridors, open spaces divided with Plexiglas sheets, and the number of attendees in meeting rooms lowered. Social distancing remains the norm.

"It's all very visual", says Bill Knightly of Cushman & Wakefield. "Most places have installed Plexiglas or dividers to protect employees from sneezing and coughing. Doors are clearly marked with "entrance" or "exit" to avoid people crossing paths in the company corridors".

Opponents of home office working and video conferencing argue that there is no way the same workload and productivity is achieved outside of the office. Others question the necessity of open office spaces, a favoured, modern layout by many corporations.

"The notion that an open environment and working space would allow for increased interaction between employees, and thus lead to positive results, was a major reason for companies to implement the layout. Now we're talking about a dramatic change, returning to divided spaces and strict separation. It will be a major challenge for companies to restructure themselves", explains Brad Bell, psychologist at Cornell University in New York.

"I think that in the long run companies will realise that home office can be productive and work well, even though it remained a very distant concept before the pandemic. Employees can remain productive and get work done. Companies have ended up doing better than expected throughout this crisis".

Companies may thus reduce their office space and could have employees work between home office and on site. Real estate agencies, on the other hand, hope companies will be in need of more space due to social distancing measures.