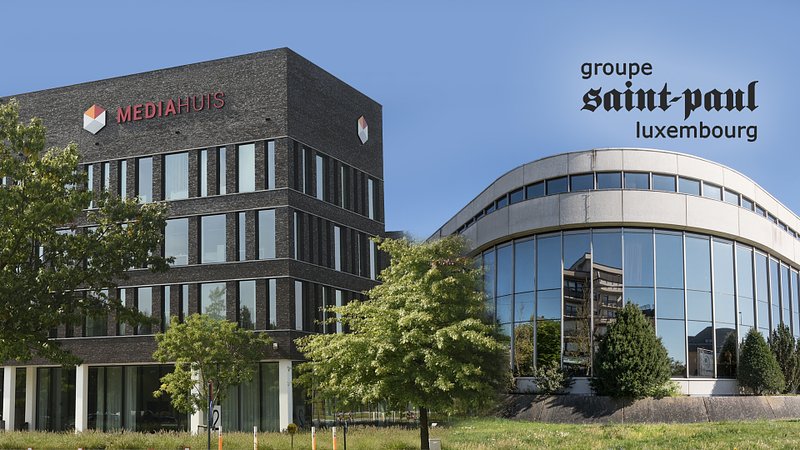 Mediahuis NV is currently active in Belgium, the Netherlands, and Ireland. The company is now also entering the Luxembourgish market.

A significant chapter in the rich history of Catholic media company Saint-Paul group is coming to an end: Belgian media group Mediahuis from Antwerp is taking over the capital which was until now held by the diocese.

According to Saint-Paul, the sale of the shares is expected to speed up the project of digital transformation. It was not stated what specific digital projects are meant by that.

The CEO of Saint-Paul, Paul Peckels, explains the reasons for the transaction: "There were of course two possible options for us. One was the diocese, and Cardinal Jean-Claude Hollerich stated only recently in an interview that it was not the Church’s mission to manage a media company. The other option was that it is always interesting for a company like Saint-Paul, which is nevertheless a rather small player on the international market, to find a big industrial partner".

Until now Lafayette SA, the society which manages all economic assets of the diocese, held complete ownership over the capital of Saint-Paul.

It is unknown how much Mediahuis NV paid in total. However, Lafayette will remain a minority shareholder in the capital of Mediahuis, the new owner of the media company from Gasperich. The history of Saint-Pauk group goes back all the way to 1848, when the Luxembourgish newspaper "Luxemburger Wort" was published for the first time.

As for changes to the editorial line of Saint-Paul, Paul Peckels stated: "The editorial line will remain unchanged. It has been defined since 2014. This of course means that we have a number of pages in “Luxemburger Wort” about “Faith and Life” as well as a number of announcements from the Church. And there is an agreement between both seller and buyer to continue along that line"

Other publications edited by Saint-Paul are the weekly magazine "Telecran", "Contacto" in Portuguese, and "Luxembourg Times" in English.

Mediahuis will be represented by two Luxembourgish members on the administrative board of Saint-Paul: François Pauly, who will continue to serve as president of the administrative council, and Marc Wagener. Both CEO Paul Peckels as well as the chief editors Roland Arens, Claude Feyereisen, and Marc Schlammes have been confirmed in their positions.

The CEO of Mediahuis group, Gert Ysebaert, stated that the purchase of the complete shares to Saint-Paul group was a "nice expansion" of the portfolio of the media company. Mediahuis also owns the renowned newspapers "De Standaard" in Belgium as well as "Handelsblad" in the Netherlands.

Mediahuis was founded only 7 years ago through the merger of Belgian publishers Corelio and Concentra. Last year, Mediahuis acquired no less than 7 newspapers in Ireland and Northern Ireland. About 3,700 people are working for the Belgian group, which also owns the French radio stations "NRJ" and "Nostalgie". The company has main offices in Antwerpen, Amsterdam, Dublin, and now also in Gasperich.