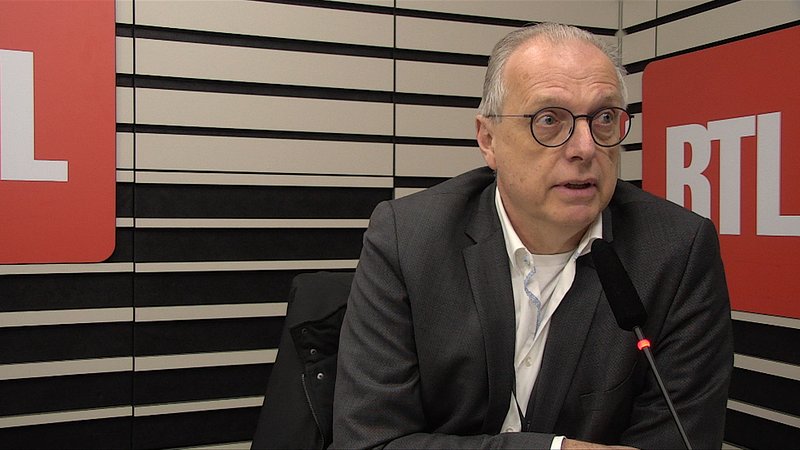 Dr Schmit came to the RTL studios on Wednesday to answer listener questions on the coronavirus. We've got a summary.

Below follows the questions in bold and a translation of Dr. Jean-Claude Schmit's answers below.

Why are we not told the municipality in which people confirmed to be infected live?

Schmit explained that everyone has a right to privacy, and pointed to the right to keeping their medical records secret. This means that information on where people with confirmed infections live cannot be divulged. However, Schmit reassured listeners that a full contact trace is carried out by the medical authorities to identify anyone who might have had contact with the person. He stressed that those people who have been in contact with the person in question will be contacted by the Sanitary Inspection Unit, rather than have their names published.

Is Luxembourg's healthcare system able to handle an outbreak?

Schmit again assured listeners that the healthcare system is well prepared. He also noted that to date an infections have been fairly harmless for 80% of people who caught the virus, and that not all infected people have needed to be hospitalised. He expects this also to be the case in Luxembourg, and under these circumstances the healthcare system is, he says, well-prepared.

"Being put under quarantine means that you stay at home. For two weeks you strictly stay at home. You also need to isolate yourself from the rest of your family, as well as you can. That is not easy, and it is also something that is checked. The health inspection is in contact with these people every day either by phoning or visiting regularly," explained Schmit.

Can pets catch the virus, and what are you to do with your animals if you have the coronavirus?

If you have a dog that needs walking and you are quarantined, you need to find someone else who can walk it for you, says Schmit. The other question that is often asked is whether animals can catch the virus, and here the answer is less clear. There is quite limited information on this at the moment, though there was a case which caught a lot of attention on social media wherein a dog was apparently infected. This does not seem to be the norm, however, and pet owners shouldn't worry unnecessarily about this possibility.

Will the coronavirus disappear in the heat of summer?

Schmit said that this is one hypothesis, but noted that we cannot know for sure at the moment. He explained that as it gets warmer, people are less likely to be close together in rooms, meaning less contact between people. He also noted that viruses are temperature sensitive, and that one can hope that this virus will spread less as it gets warmer. However, Schmit also pointed to the fact that the coronavirus is in the same family of viruses as SARS from a few years ago, which had an outbreak in the summer months. As such, there is no guarantee that things will get better in the summer.

Are you immune after having been infected once?

Schmit explained that you build a degree of immunity once you've had an infection - however no one knows at the moment how long this immunity lasts. At this point it remains unclear whether you might catch a strain of the virus every year.

What happens if there's a case in a school or creche?

It is possible that a quarantine will be put in place should there be a case in a school or creche, Schmit explains, or if a child is in contact with someone who has been infected. The rules are essentially the same in this case, and Schmit noted that hygiene routines are particularly important in these environments. An information session for schools, creches, and other institutions will be held this week.

How big the problem with fake news?

"It is a big problem," says Schmit, "the director of the WHO has recently said that we have an epidemic of fake news. I look at comments regularly, and there are a lot of self-proclaimed experts who don't understand a lot in the medical field." He further noted that they try to put the conversation back on track with objectively accurate information when possible.

Is there a point to disinfecting large spaces?

Finally, Schmit answered where there is any point to disinfecting large spaces. He instead stressed that regularly washing and disinfecting your hands is certainly useful. You could also disinfect surfaces that you tend to touch a lot - such as a computer keyboard or a desk. The chief medical officer said that disinfecting larger surfaces is probably not very useful.