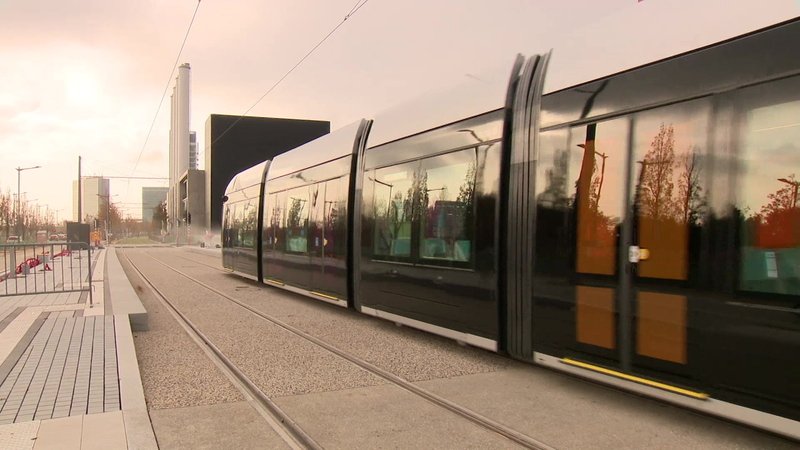 Starting this Sunday, public transport in Luxembourg will be free to use.

RTL's Annick Goerens examines the figures behind the new measures

Part 1: How did Luxembourg get to the point of making public transport free?

Minister for Mobility Francois Bausch recently explained that around 45 million passengers used Luxembourg's trains, buses, and trams last year - and this figure is set to increase in the future. According to the minister, national railway company CFL for instance witnessed a 7.2% increase in passengers. This upward tendency also holds true for tram users: the increase in passengers even rose to 30%.

The funicular railway from Pfaffenthal to Kirchberg was also a welcome addition to Luxembourg's public transport arsenal and boasted, as Bausch put it, a "spectacular" increase in users. Bausch concluded that ongoing investments in the public transport sector and the steady amelioration of the services will continue to bear fruit and motivate more people to rely on public transport in their daily lives.

The entire sector boasts around 6,000 employees. CFL for example has 5,000 employees, 1,500 of which are active in the logistics sector. Luxtram meanwhile employs 145 people. An additional 40 people are currently being trained as tram conductors. The bus sector employs around 2,900 individuals.

What are the costs of free public transport for the state?

What else is new?

Luxtram ticket vending machines will be removed. There will still be CFL ticket machines since users will still be able to purchase first class tickets. The CFL machines also allow passengers to benefit from other services with their "M-card." Bausch for example explained that Park&Ride/train users will have to validate their ticket at a card reader inside a train to be able to benefit from free parking. The M-boxes for bikes will also function in a similar way.

Bausch stressed that tram, bus, and train users will still need to have their ID card with them.