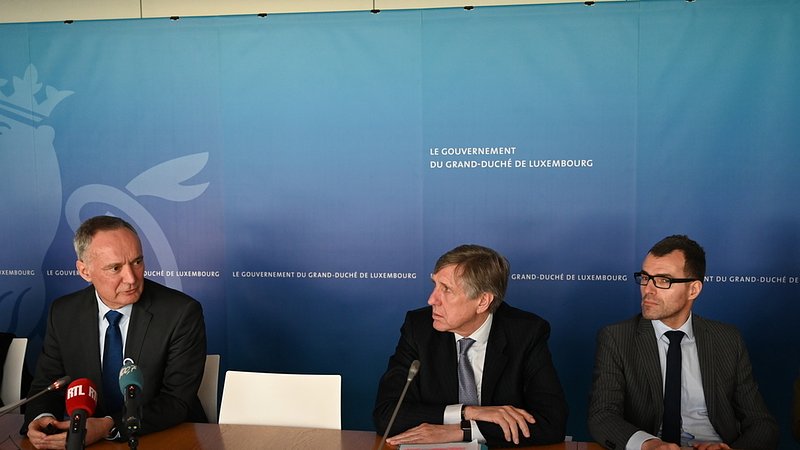 The report was presented at the Munich Security Conference on Saturday. On Friday, General Tom Middendorp offered a preview of the report's findings in Luxembourg.
Both members of the press and the relevant parliamentary commissions were treated to an exclusive presentation on 14 February in Luxembourg. The IMCCS is a global network formed of 32 countries, led by Middendorp, the former head of the Dutch army.

Middendorp, who has spent 40 years working in the security sector and has encountered all manner of conflicts, said he strongly believed that climate change posed the biggest risks of the twenty-first century.

As the world's population has soared and demands have grown, natural resources have dwindled. The report stated that the impact on security and defence must be taken seriously, while the biggest concern, according to experts, is drinking water. Middendorp explained 93% of experts had highlighted this issue.

The lack of drinking water could cause new geopolitical conflict, but would not be the only consequence of climate change. While climate change was not considered to be the direct and sole cause of conflict, it is nonetheless described as a multiplier of risks and threats in an environment often marked by other weaknesses and worrying developments, such as poverty, high population growth, generally weak governance and, as a result, increased competition around access to natural resources, including arable land and drinking water, essential for existence.

Middendorp stated much responsibility for dealing with such issues fell on the shoulders of the military, as they could assist to warn the population ahead of migration flux, extreme weather, or other impacts on security.

Luxembourg's Minister of Defence, François Bausch, promised that the Grand Duchy's military would also engage in further action for climate protection, making efforts in Herrenberg infrastructures and military equipment, among others.