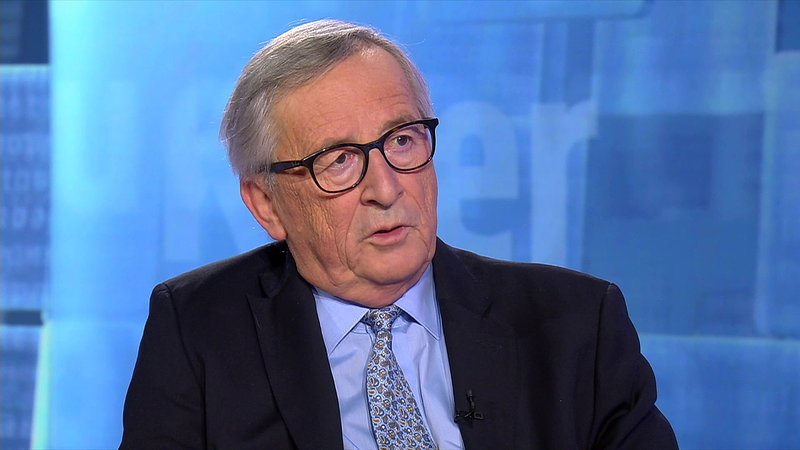 No one else will have shaped both national and EU politics in recent years as much as Jean-Claude Juncker.

Leaving the political sphere behind him at the end of 2019, it's the beginning of a new chapter for former head of the European Commission Jean-Claude Juncker.

Caroline Mart of RTL Télé Luxembourg's "Kloertext" discussed the ex-President of the EU Commission's life and values in an interview, looking back on a political career that stretched beyond the Grand Duchy's borders. No stone was left unturned, and as such, in this frank and extensive interview, Juncker talked about his relationship with the media and with other political actors, his modus operandi, and negotiation techniques.

Whether friend or foe, there is one thing they all agreed upon: Juncker is an extraordinary politician whose talent manifested itself from an early age. At 28, Jean-Claude Juncker became secretary of state without having been elected. And while he climbed the ranks of the political world on his own, he never neither forgot nor denied his origins: the steel industry in which his father worked.

His father taught him the definition of "hierarchy" and how people wouldn't agree with it if didn't come into being naturally. His father also passed on and nurtured his passion for social engagement. "Work is more than work, it is a part of life" emphasises Juncker, who devoted most of his life to his political commitments.

THE LIFE OF A POLITICIAN

"I always used to study my documents with precision," he says, following this up with a typical Juncker-ism: "As prime minister, I did not appreciate stupidity." He also made it clear that a political career was a vocation, not an ego-trip:"You don't become a minister for yourself, and it needs to stay that way, even if success is not always at hand."

While claiming he was not resentful, Juncker still has trouble processing the 2013 elections: "as the strongest party by far, we did not lose the elections" he says. Feelings linking to LSAP's betrayal and the fact that no one was speaking to him anymore have not yet left him: "I wanted to remain Minister of State. I did not want to become President of the European Commission, I would have preferred to see five more years as Minister of State in my biography."

Despite the disappointment, he took great advantage of the European platform, both serving and using it as best he could. The former Prime Minister loves to tell anecdotes about others: "We often laughed at others with Jacques Chirac, because he liked to describe the other people present. Mrs. Merkel loves to imitate her colleagues and associates - without making fun of them - she is an imitator of exceptional talent".

Regarding his own personal style - one that is highly commented on - he says he decided at one point that he was too old to change completely, so he continued to negotiate and discuss important decisions in his rather unconventional manner - with success.

HIS FUTURE AND HOW OTHERS SEE HIM

Will he be leaving politics for good? Or is he already planning a national comeback? Jean-Claude Juncker very calmly answers this question by clarifying that while you should never exclude anything definitively,  he wishes to stop there: "I have given enough!"

While former OGBL president John Castegnaro describes him as a "workhorse", it is Charles Goerens, former DP minister, who accurately sums up the personality and life of Jean-Claude Juncker: He was, is and will remain a political animal.