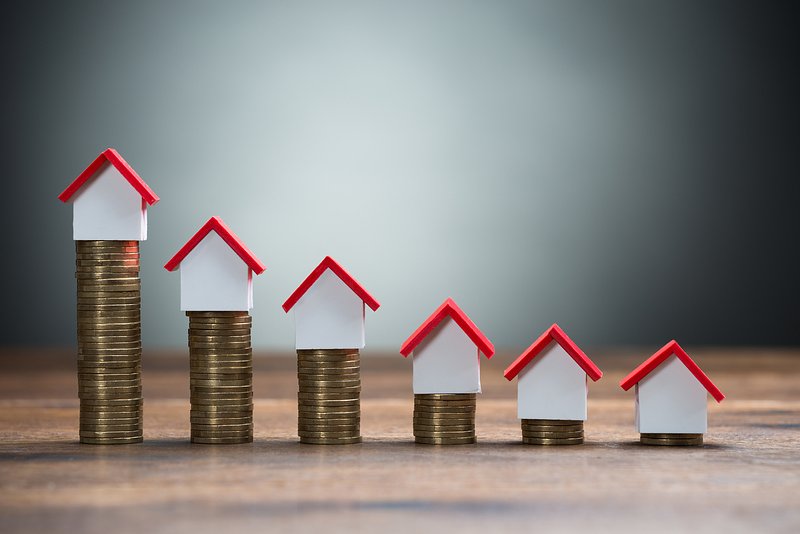 A tenant in Luxembourg hopes to reduce his rent from €1,700 a month to €1,100 by using an obscure law and has taken the matter to court. But is the matter that simple?

Paying €1,700 (with €200 in bills included) for a 90 square metre apartment in Luxembourg is not especially surprising when you take the average prices for the neighbourhood into consideration. Nevertheless, the tenant of the apartment is demanding a considerable reduction in rent to €1,100, including bills.

As he told our colleagues at RTL 5Minutes, this demand may sound crazy but he could still ask to pay much less. The reason for the tenant's sudden demand is that there is a law in Luxembourg that prohibits landlords from getting more than 5% of the amount they invested in the property in renting it out.

The law in question is the law of 21 September 2006 on 'residential leases'. As suggested, article 3 of the law stipulates: "Renting out a property for housing cannot provide the landlord with an annual revenue surpassing a rate of 5% of the capital invested in the housing." A tenant already successfully used the law to reduce rent, namely a tenant of a Bettembourg studio who managed to reduce their rent from €600 to €250 a month in 2014, as reported by the Wort.

'I was advised to go live in Thionville'

On Thursday, the tenant had an appointment at Luxembourg's peace tribunal. From the outset, the tenant has stressed he has 'no particular issue with the owner', whose apartment he has rented since 2014. The entire debacle began when a potential flatmate visited the apartment and noted that the furnishings were both used and very old. The home dates from 1957 and, upon the tenant asking the landlord to replace the furniture, the landlord refused.

The tenant then decided not to give up and began looking into the 2006 law, quickly convinced his apartment is being rented out at a rate far exceeding the stipulations of the law. This started a course of a number of requests to meet with the landlord, all unsuccessful, which escalated to a meeting with the City of Luxembourg's commission on rental properties. Even this meeting was unsuccessful, as the commission emphasised the 'invested capital' into the property.

However, the capital was never communicated throughout the procedure, the tenant told our colleagues. He wondered what evidence the commission used for its decision and added he feared he was the victim of an arbitrary decision. The tenant even felt pressured, saying he had been advised to move to Thionville and retract his request, as this request would not succeed and even lead to an increase in rent.

His rent is 'not unreasonable'

The tenant continued his investigation, revealing that such an apartment should have cost between 600,000 and 1 million Luxembourgish francs, which equates to between €15,000 and €25,000 at the time of purchase in 1957. Applying the 2006 law, the tenant believes his rent should be between €500 and €700 a month.

The landlord's lawyer responded in court by highlighting that the rent of the apartment had not raised throughout the tenancy, stating: "It is not unreasonable to ask €1,500 a month [ed note: without bills]."  She used average rental costs in Limpertsberg to justify the point and further requested an expert evaluate the property to determine a fair cost. The lawyer mentioned an amount of €2,000 a month.

She also accused the tenant of not providing any supporting documents to provide evidence to his claims, such as the presumed cost of the apartment in 1957. The lawyer also provided bills proving the homeowner's investments into the property, including new windows. Further, the lawyer suggested the tenant's main motivation is due to his apparent difficulty finding a new flatmate. The lawyer consequently argued the tribunal dismiss the tenant's request. The decision will be rendered on 16 January, the judge announced.

Expert analysis: 'These are rare cases'

Our colleagues at RTL 5Minutes contacted Georges Krieger, the founding partner of law firm Krieger Associates. Having been an expert on real estate law for nearly 30 years, alongside a role as president of the Union of Landlords in Luxembourg, Krieger believes this type of procedure rarely succeeds. "Over the last five years, I haven't seen one landlord in court for such a rental reductions. These are rare cases," he told our colleagues. But this was not always the case, as 20 years ago, his law firm could easily have 40 such cases a year. Nowadays, the number has fallen to one a year on average.

The reason these cases have become so rare is the law of 2006, which updated a law going back to the post-war period (1947). This older law was created in the context of the destruction of a third of housing and was designed to facilitate reconstruction. New homeowners could thus request up to 5% of their invested capital from tenants, and old homeowners had a price list to refer to.

The economic development of Luxembourg made the old law anachronistic, and some tenants tended to abuse the law. "I remember a case 25 years ago in which a tenant used the calculated to claim rent lower than €0!", Krieger exclaimed. In this case, the landlord would theoretically have had to pay the tenant. The updated law defined more realistic criteria, taking improvement investments into consideration.

But this does not mean the tenant in court's case is a lost cause from the start, on the contrary. Krieger admitted he does not know the case, but if the property was an investment from 1957 and the landlord has never invested in it, would not be absurd for the rent to be lowered.

He highlighted that every landlord must maintain their property and respect modern standards, with those who fail to do so risking to be penalised by the law. Nevertheless, it remains difficult to judge what is fair and what isn't, and it really depends on a case-by-case basis. Finally, Krieger pointed out the law is no Luxembourgish exception and there are more interesting cases in Germany.

What will happen remains to be seen next week, but our expert tells us such affairs usually end with the landlord and tenant coming to an arrangement.