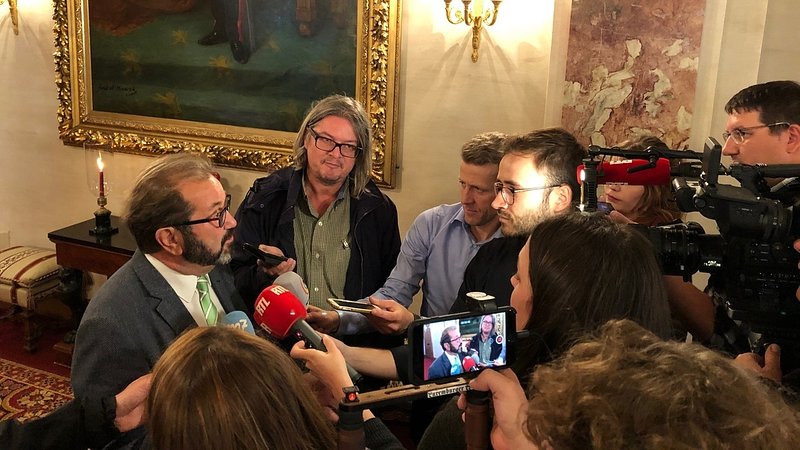 Prime Minister Xavier Bettel held the traditional State of the Nation speech on Tuesday afternoon, but not even hours later, opposition parties were rumbling with criticism.

On Wednesday and Thursday, MPs will have the opportunity to address key issues in response to Bettel's speech, but some already had damning condemnation of the speech. The consensus among opposition MPs was that the speech 'completely lacked specific and tangible propositions'.

CSV MP Martine Hansen decried the 'lack of content' in the speech, displaying a sense of incredulity at the fact that housing was barely mentioned by the prime minister. Hansen explained her issues: "The prime minister said he discussed the two or three priority points, yet the housing crisis was missing? I think housing is one of the biggest issues we have in the country. He could have said more than just one sentence on the subject."

The Left's Marc Baum was also disappointed that Bettel did not address important subjects and lacked new elements in his speech. Talking about growing social inequalities, Baum was astounded Bettel did not mention the subject beyond saying, in Baum's words, that the issue is so important he [Bettel] would not handle them. To this, Baum quipped "Perhaps it is good that the Prime Minister is not in charge of the issue." He described the speech as an 'insult', as Bettel did not even begin to acknowledge the real social situation.

ADR MP Gast Gibéryen, who interrupted Bettel during the speech, highlighted that he had never heard such an 'unsubstantial' speech. He added that Bettel had not said anything wrong, because 'he had barely said anything'. Again, critique centered around the fact that important subjects were neglected and the prime minister failed to offer any tangible proposals: "He said important issues are too important to be discussed in only a few sentences, which means they are not worth discussing at all in his opinion. That was lamentable, really lamentable!"

Pirate Party MP Sven Clement also pondered what exactly the conclusions of the speech were, describing it as akin to a school presentation. He added that a vision for the future had completely been missing.