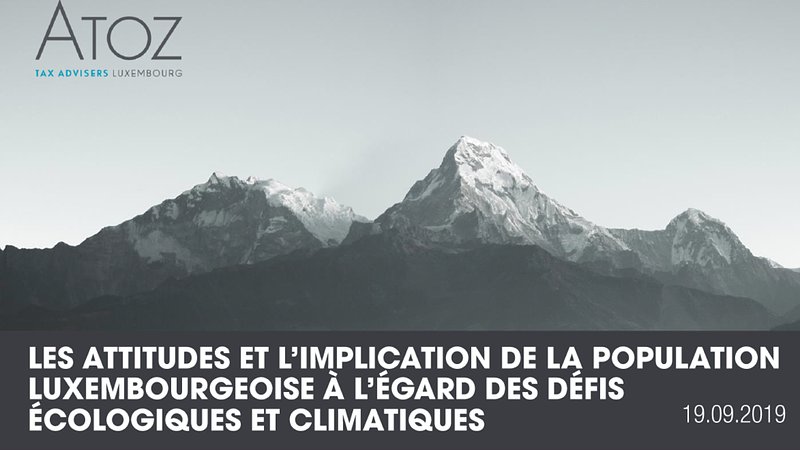 Quest recently queried residents in a representative survey on their thoughts concerning climate change on behalf of the tax advisory firm ATOZ.

The results of the survey, which polled 600 residents, reveal that 73% of Luxembourg's population is worried about climate change. The same percentage are prepared to make lifestyle changes to try and curb the consequences of climate change and also demand that the government introduce measures targeting climate change.

Specifically, 73% of Luxembourgers are ready to adapt to both new laws and taxes dedicated to reducing the impact of climate change. 41% of respondents believe that cars with higher consumption levels should be subject to higher taxes. 42% also showed support for a CO2 tax on flights.

The survey also revealed that 42% of the sample representing Luxembourg's population are pessimistic about the extent lifestyle changes could curb climate change. 18% also showed scepticism at the existence of man-made climate change.

Quest's survey is the first representative poll on the environment and climate change ever undertaken in Luxembourg. In their reaction to the survey, Atoz expressed surprise at individual results. 43% of respondents expressed that they are ready to switch over to electric cars, nearly half are prepared to cut down or stop eating meat, and 71% said they could limit their individual flights to one flight a year.