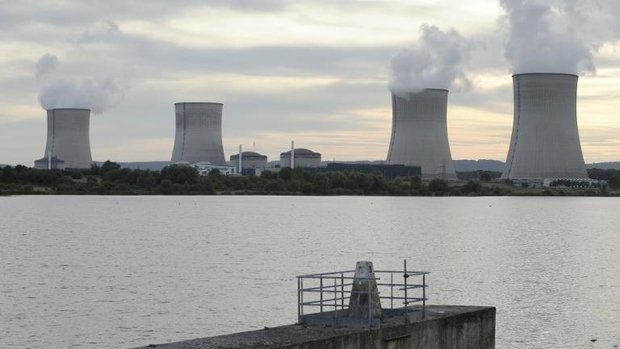 July's record-breaking temperatures did not just affect the electricity and water usage of Luxembourg's residents, but also had an impact on the location producing said electricity.

The Cattenom nuclear power plant uses water from the Moselle river to cool down the nuclear reactors and consequently, the rise in the river's water temperatures impacted the power plant.

While the temperature of the water in the Moselle may not be recorded in Luxembourg, it is in Palzem (Germany), just over the border. In July, water temperatures reached 26.4 degrees Celsius.

As a comparison, the high temperatures of the Weser river in Northwestern Germany, which reached 26 degrees Celsius, caused the Grohnde nuclear power plant to halt production.

An LSAP parliamentary question addressed to the Minister for the Environment enquired about the impact of the warmer Moselle waters on electricity production at Cattenom.

Minister Carole Dieschbourg's response clarified that the environmental concern does not revolve around the water going into the power plant to cool down reactors, but instead the water used to cool reactors down being let out back into the river, given there could be consequences for the river's biodiversity.

When water temperatures exceed 30 degrees Celsius, the cooling water is officially prohibited from being let back into the river.

However, the minister revealed, the power plant's management made the decision to not use the Moselle water in July as a precaution, and instead used water originating from the Mirgenbach lake, located directly next to the power plant. Further to that, only reactors 2 and 4 were in operation, which meant that the power plant required a smaller amount of cooling water.