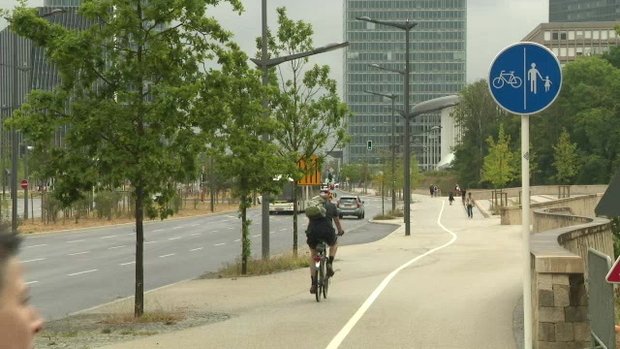 Recent figures on cycling accidents alongside testimonials from readers seem to suggest that Luxembourg is not as cycling-friendly as thought or hoped.

To return to the figures, in 2018 the authorities built 19.1 kilometres of cycling routes and a further 18.3 km were in the process of being built. The plan was also to build a further 77, whilst studies were in progress for an additional 221 km of routes.

At the 2015 press conference, then-Minister for Transport François Bausch put a special emphasis on building cycling routes along railways, which would also pass by ArcelorMittal land. LVI member Philippe Herkrath had a different perspective, pointing out that even once the infrastructure is built, it can take a long time for the relevant authorisations to be approved.

In Strassen, the situation is a different one. The local residents mobilised at the end of May to demand a one-way cycling route to ensure cyclists do not have to navigate the at-times dangerous Route d'Arlon. Given the uproar, the necessary authorisation was completed in a matter of days.

Opinion - Martin Jonsson: Cycling in Luxembourg: an admission of defeat, and an ode to Lycra

The heads of the LVI understand having not-especially separated cycling lanes in 30 km/h zones, but are clear that bigger roads with a lot of traffic must have separate areas to protect cyclists. Regardless, work remains to be done. A recently approved draft bill shows that 430 km worth of separated cycling lanes are yet to be built.