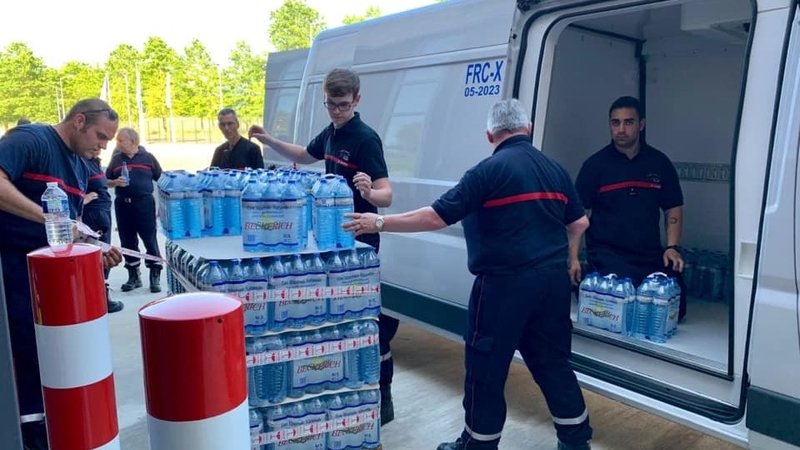 On Saturday, many motorists were caught in traffic jams on the A1 motorway, especially after a fire alarm went off in the Howald tunnel.

The Grand Ducal Fire and Rescue Corps (CGDIS) was called to the traffic jam on multiple occasions, with health concerns being linked to the hot weather. A number of those individuals stuck in their hot cars in the A1 traffic jam on Saturday reported feeling unwell due to the high temperatures.

Both CGDIS emergency personnel and members of the bridges and roads authority distributed water to motorists and truck drivers. The official Facebook page for CGDIS posted about the occasion, reminding motorists to ensure they have enough drinks in their vehicles to ensure they are adequately prepared if they get stuck in their cars.

The Facebook post also outlined the emergency services' preventative measures - there were two motorcyclists from both the Remich and Hesperange fire brigades on standby on Sunday to distribute water where needed.

CGDIS reminded residents to drink enough fluids and carry water in their cars, even when travelling short distances. 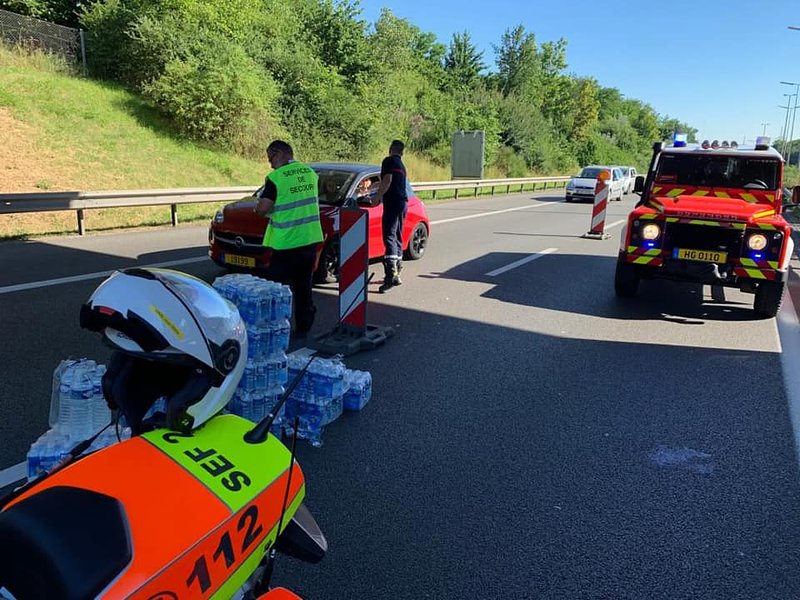