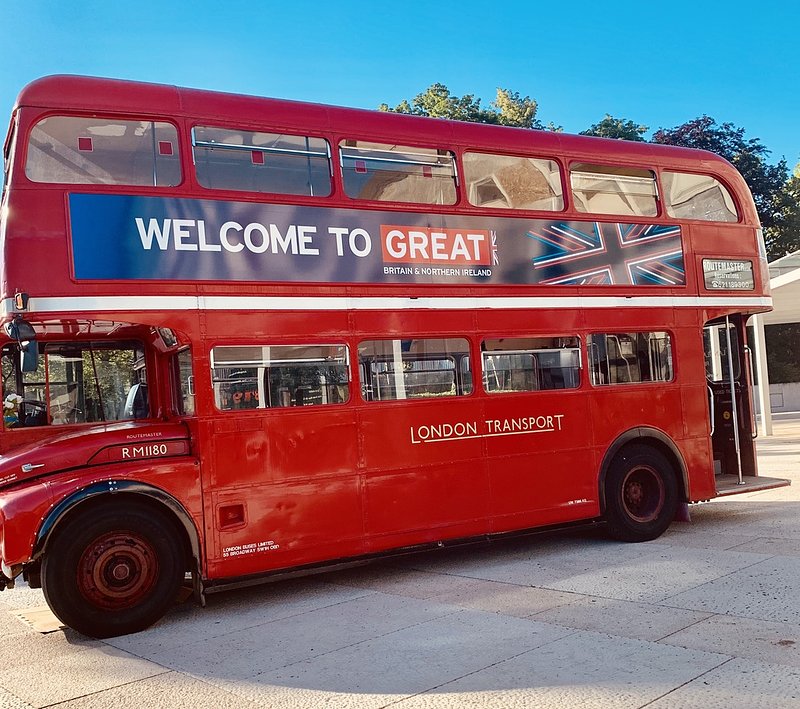 This was part of a speech held as he co-hosted a reception for the English National ballet (and invited guests) following the opening night of their performance "Giselle".

Giselle, which also features music by Orchestre Philhamonique du Luxembourg, is putting on a further three performances, with the last one held at 8pm on Saturday 29 June. More information here.

Starting off by thanking those involved in and in support of the production, Ambassador John Marshall continued to discuss the importance of collaboration between the UK and the EU on cultural events as we move closer to Brexit, and beyond.

He stressed the importance of freedom of mobility in supporting the creative and cultural sector, as well as cultural and educational exchange. You can read his full speech below.

I would like to begin with a few Thank Yous.

First of all a huge thank you to the English National Ballet for a truly exceptional performance of Giselle this evening.....So my thanks and congratulations, on this Opening Night, to Akram Khan, Gavin Sutherland and to all the dancers of course, but also to everyone else involved in the direction, choreography, music, logistics, administration of this production.

I would also like to thank the Ville de Luxembourg, notably the Mayor and College des Echevins, and Tom Leick-Burns and everyone at the Grand Theatre for inviting the English National Ballet to Luxembourg, and for all the hard work that you have put in to make these performances of Giselle in Luxembourg a success.

And I also want to thank Tom and his team, not only for bringing Giselle to Luxembourg this week but for ensuring every year that your programme includes some of the very best British and British-based talent. I know you will say a bit more about what you have in store next year shortly]

And a final thank you to our guests for having accepted our invitation to attend the performance this evening. 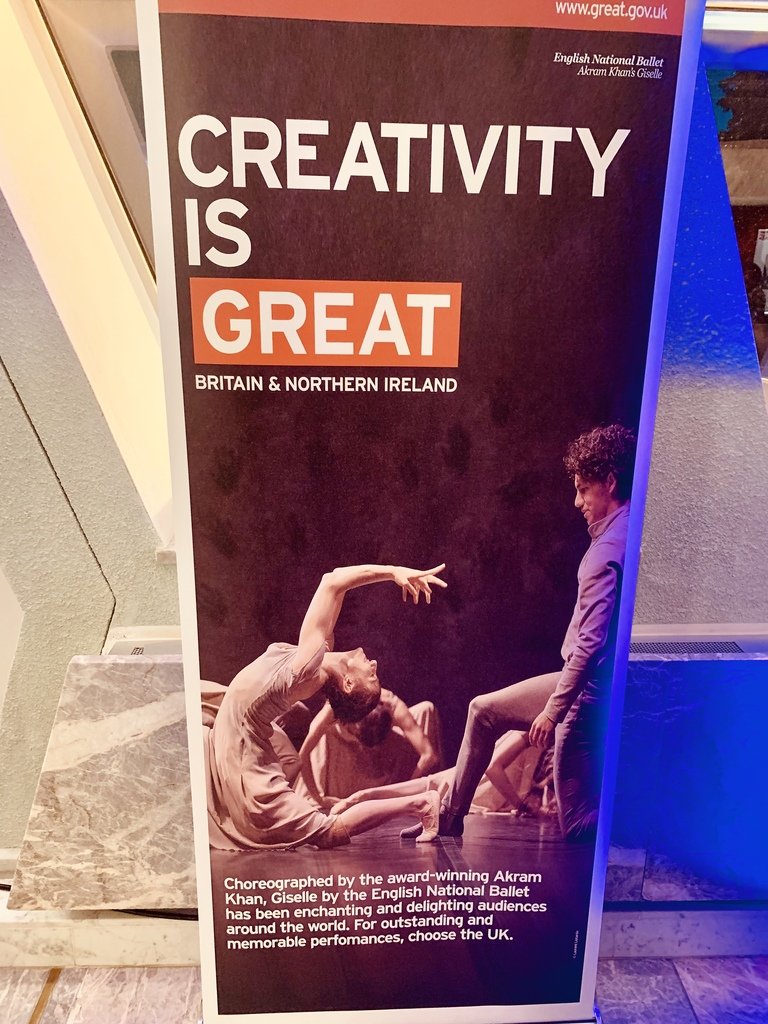 Luxembourg offers a fantastic cultural programme for its residents and visitors and I am delighted that within that British culture, and British-based culture, is so strongly represented. In the three years I have been here I have enjoyed seeing the London Symphony Orchestra at the Philharmonie, the Michael Clark dance company here at the Grand Theatre and the artists Tony Cragg and Darren Almond at MUDAM, the Museum of Modern Art. The other day I went to see The Specials at Den Atelier. Next week the Trinity College Cambridge choir will be singing at the Cathedral. And the very same evening Sir Bryn Terfel is performing in the park. Each year we have a British and Irish film season of independent films supplementing the UK talent on commercial release. And there are many, many other examples that I could give.

And this, of course, is a cause for celebration. We should celebrate the fact that the UK has such a strong creative arts sector; that Luxembourg has such a vibrant cultural scene and an appetite to include British artists in its programme; and that great productions and performers from one country can easily be seen in another. 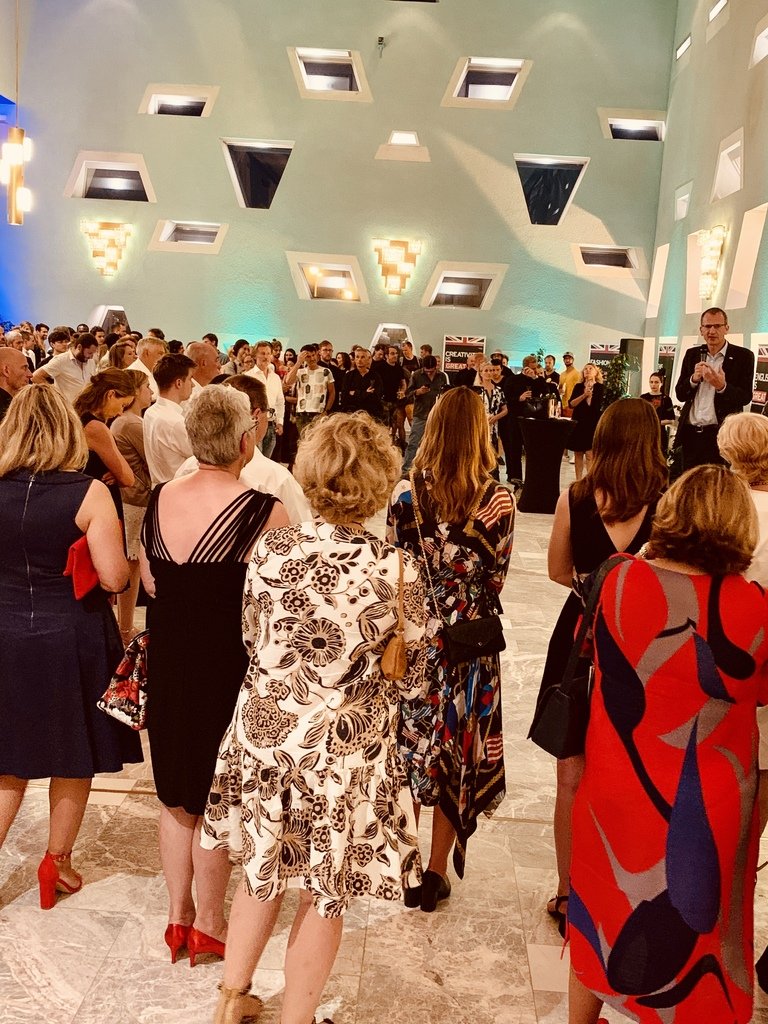 So I am sometimes asked whether our departure from the European Union will change any of this. Obviously we need to wait and see who our next Prime Minister will be and how he intends to move forward in delivering Brexit. But it goes without saying that the Government recognises that the creative and cultural networks between UK and EU artists, museums and cultural organisations are closer and more complex than ever before and that we understand the value in these international exchanges and partnerships.

So I think I can say three things with absolute confidence:

- First, that both the UK and the EU are going to want to facilitate ongoing cooperation and collaboration in the arts sector and wider creative industries, and to ensure that UK and EU citizens continue to benefit from opportunities for cultural and educational exchange. The Political Declaration, agreed between the UK and EU last November, includes an agreement to establish terms and conditions for UK participation in EU programmes, including in the area of culture. Our aim is very much to pursue a far-reaching relationship on culture and education with the EU, which is mutually beneficial for the UK and the EU27.

- Second, that we recognise that mobility is key to the creative and cultural sector. That UK arts companies will need to continue to be able to attract talent from the EU and from around the world; and that travelling in and out of the EU for activities such as music touring or performances such as tonight's is critical to the continued growth of both the EU and UK's cultural sector. We are keen to ensure that we agree a reciprocal mobility arrangement that will enable cross-border cultural and youth exchange to continue. And we are confident the EU wants to ensure this too;

- Finally , we recognise that the arts sector is also dependent on regularly moving goods on a temporary basis, for example instruments used by musicians and orchestras, or objects loaned between galleries or museums. We know that the continued growth of our cultural sector depends on goods such as these being able to cross borders with as little fuss as possible.

So in short I remain optimistic that the opportunity will always be there to see fantastic art, dance, film, theatre and music from the UK in Luxembourg and I end by thanking once again those here in Luxembourg, such as the Ville de Luxembourg and the Grand Theatre, and those in the UK , like the English National Ballet, who make it happen