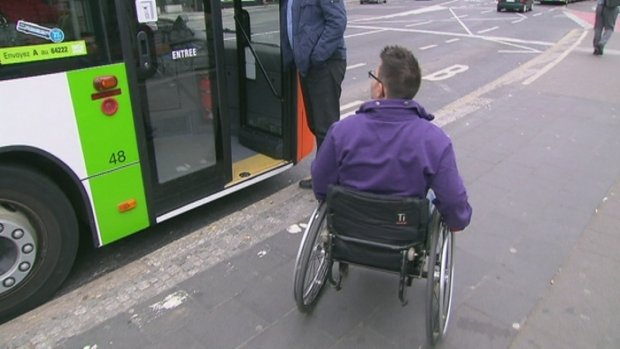 The Ministry of Mobility and Public Works is currently adapting bus stops and train stations to have better accessibility for disabled people, but one MP believes the works are not progressing fast enough.

CSV MP Marco Schank told the Chamber of Deputies on Wednesday that whilst bus and train station adaptations in the capital were progressing well, the rest of the country is lagging miles behind. He said that RTGR buses were often not adapted to the needs of people with disabilities. As a result, the only accessible option remained Adapto, an on-request service for individuals with reduced mobility.

The CSV's demands concerning the Adapto service are twofold: first, the party called for the ministry to improve the performance of the service. Secondly, the CSV believe that Adapto should become free of charge alongside the rest of public transport next year in a bid to eliminate discrimination.

As it stands, Adapto is not a free service unless used for commuting purposes. If somebody with disabilities wanted to go to the cinema - which other public transport users could do for free -, it would be discriminatory if they had to pay for the privilege.

The Minister for Mobility and Public Works François Bausch responded that the authorities had invested significant sums into the Adapto service, which currently has costs at the €10.4 million mark. He stressed that Adapto is not a type of public transport, making the comparison obsolete.

Bausch explained that perhaps it would be worth exploring other solutions, such as providing financial help for those with light disabilities as an alternative to Adapto. This, in turn, would allow the ministry to ensure a better performance of the service for individuals with more severe disabilities.

Currently, Adapto tickets cost €5 for a single journey and €8 for a return journey.