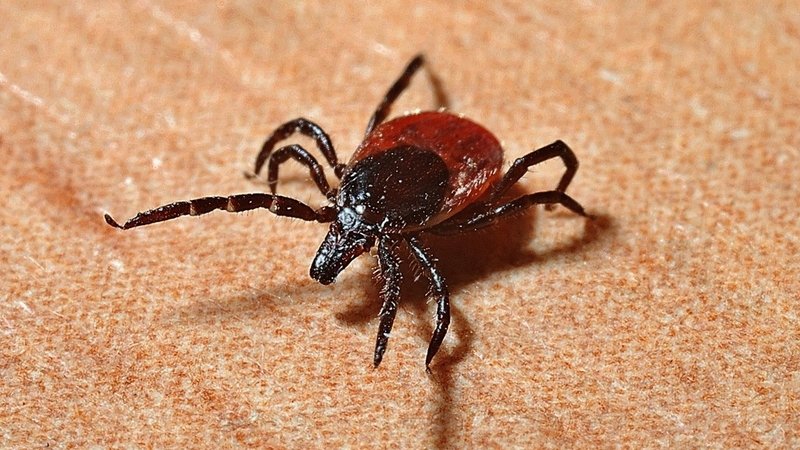 The rather unpleasant tick season has started again in Luxembourg, with three cases of Lyme disease already diagnosed.

As cited by L'Essential, the Ministry of Health has confirmed that there have been three cases of Lyme disease diagnosed in Luxembourg this year already. The ministry's representatives estimated that there could be another further one hundred cases throughout the rest of the year.

Lyme disease is an infectious disease caused by a bacteria spread by ticks. Ticks can be found in different habitats, but often in areas where grass meets the woods. Ticks then seek out potential hosts and once on a host, they bite the host and feed themselves on blood for a few days. Tick bites can generally go unnoticed, especially on our furry friends.

According to the ministry, ticks are active between February and November. Mild winters and humid springs are especially conducive to the spread of ticks, with the start of summer and autumn being the peak times in tick season.

How to protect yourself from tick bites

The ministry's main guidance against being bitten by ticks revolves around clothing. If you're walking in the woods, it's best to wear closed shoes, long clothing, and light coloured clothes. The last point is so that you can easily identify ticks.

If you're venturing on a longer walk or hike, avoid tall grass if possible and regularly check places that ticks are likely to bite, namely arms, legs, and areas that may be difficult to look at (back, elbows, and hair). There are also tick repellents available to use in advance.

What to do if you're bitten

If you do happen to get bitten by a tick, the next step is the dreaded extraction. Most of us have had to wrap a cat in a towel to remove a tick from them and will also have the scars to tell the tale, but you may also have to remove ticks from yourself if you get bitten. There are special tick removal tools which you can use and which animal owners likely already own. Put the pincers underneath the tick's head, twist, and pull it out. Make sure the entire tick has come out and then disinfect the bite.

If the bite is surrounding by red skin and you then show flu symptoms after having removed the tick, consult your GP.