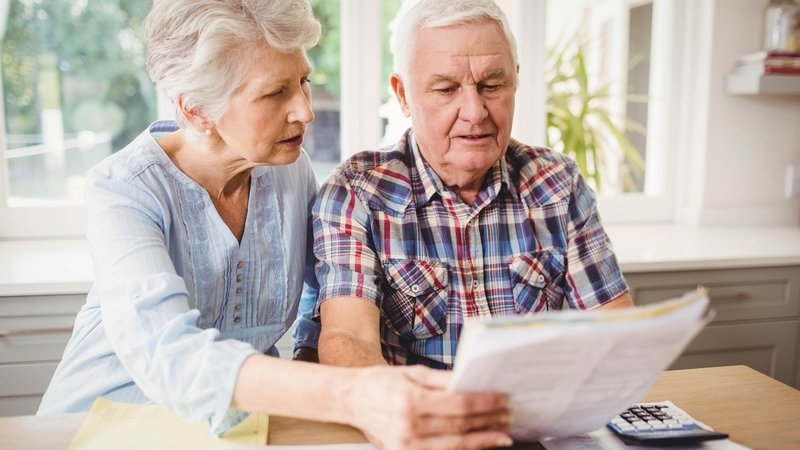 The Idea Foundation organised a press conference at the Chamber of Commerce on Thursday and had a stark warning for Luxembourg's pension system: if we want to maintain the current pension system until 2070, the GDP of Luxembourg must multiply by eight.

Put another way, this would mean Luxembourg would have to reach the current GDP of Belgium or hire 1.7 million cross-border workers to maintain its current pension system up until 2070.

Due to the perhaps unattainable nature of this challenge, the Idea Foundation has proposed a plan B. Whilst the foundation's economists do not believe the situation is dire, they stressed the need to act fast.

Of the €10 billion in social contributions paid in Luxembourg, 50% make up pensions (more specifically, 39% are general pension schemes and 11% are special schemes). 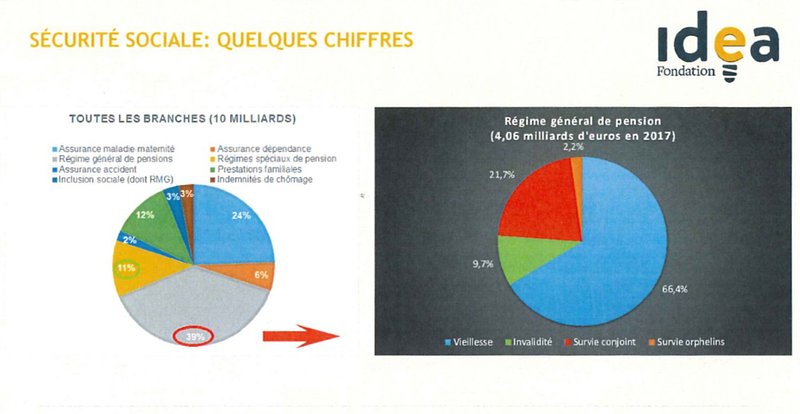 The foundation's director Muriel Bouchet admitted that in the short-term, the situation is comfortable,  as the Grand Duchy has a surplus of 1% of the GDP for pension schemes. The surplus, according to Bouchet, is significant in fuelling a compensation fund currently at 34% of the GDP. However, in the long-term, there is danger in delaying changes.

As the below graph shows, an international comparison suggests that by 2070, Luxembourg will be the European country that is worst off in its pension share of the GDP. This will rise from the current 9% to 18% in 2070. 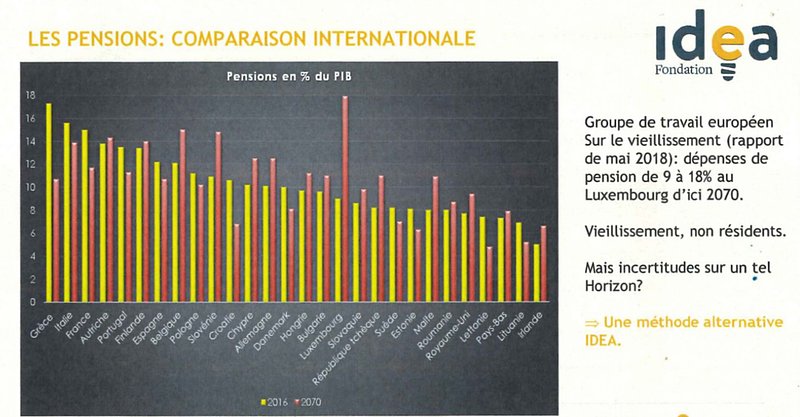 As Bouchet explained, this is due to a number of factors, namely the ageing population and the influx of cross-border workers. Bouchet went on to stress that it is far from his role to condemn the cross-border worker contribution, stating that it is positive and the cause of the surpluses which benefit the Grand Duchy. However, he stressed that these cross-border workers will also have pensions that must be paid, adding to the pressure on the current system.

At the moment, Luxembourgish pensions remain "profitable", as the recovery period, namely the period required for a pensioner to make up all the pension payments they contributed during their career, is between six and seven years. In other words, a 68-year-old pensioner retired since the age of 60 will receive a 'bonus' pension, as the amount has surpassed the amount they contributed.

Bouchet added that the return rate of pensions is relatively high at 7%. The rate does not vary much, regardless of whether pensions are high or low. Currently, paying €1 to your pension translates to €8 in retirement. Bouchet warned that if the GDP does not multiply by eight, then pension expenses will skyrocket.

One statistics suggested by the foundation is an especially staggering one. In order to reach an annual growth of 5%, the country would require an increase in productivity, in other words 1.7 million cross-border workers by 2070. 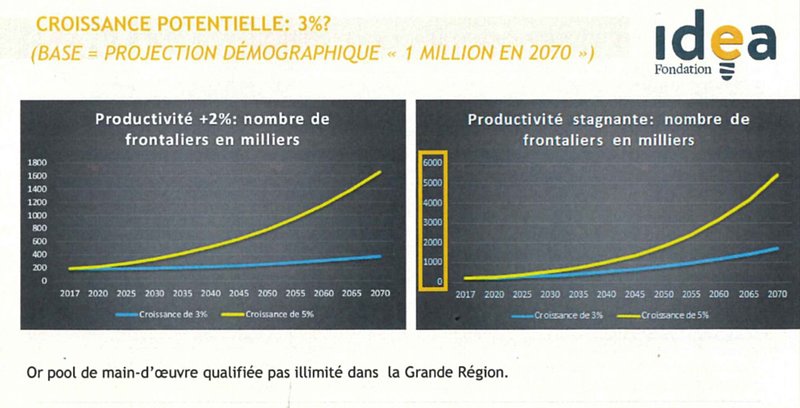 The foundation has also worked on more serious proposals for a 3% growth: unsurprisingly, this includes tightening belts, especially for the most affluent in society.

The foundation proposes introducing proportionality in calculating pensions based on revenue and age. The Idea Foundation also believes that the return rate should be reduced for the highest pensions, preserving the end-of-year allowance (nearly €800/year) for the smaller pensions.