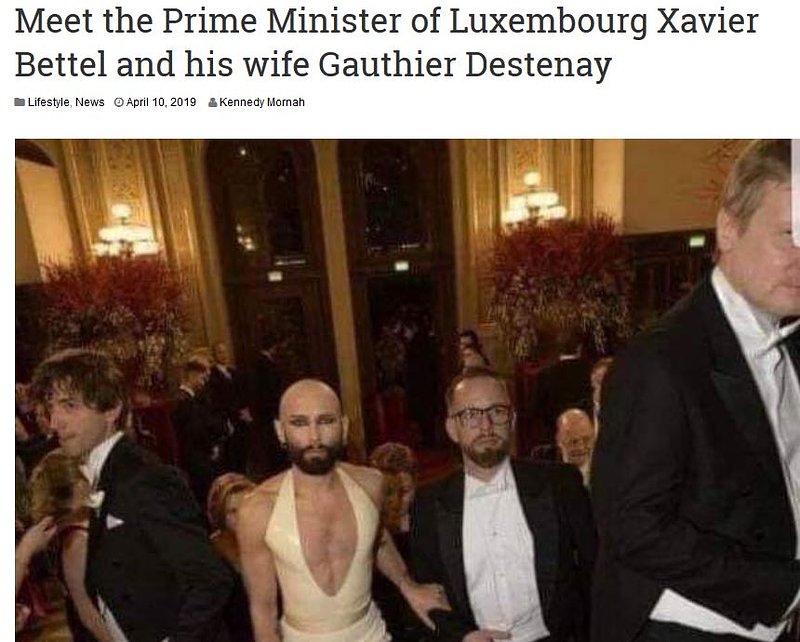 This photo on the front page of BestnewsGH.com was entitled "Meet the Prime Minister of Luxembourg Xavier Bettel and his wife Gauthier Destenay".

The real identities of these people were not known at the time but since then one person has been revealed.

Conchita Wurst, now known as only Wurst, has a new look and a new single to promote. 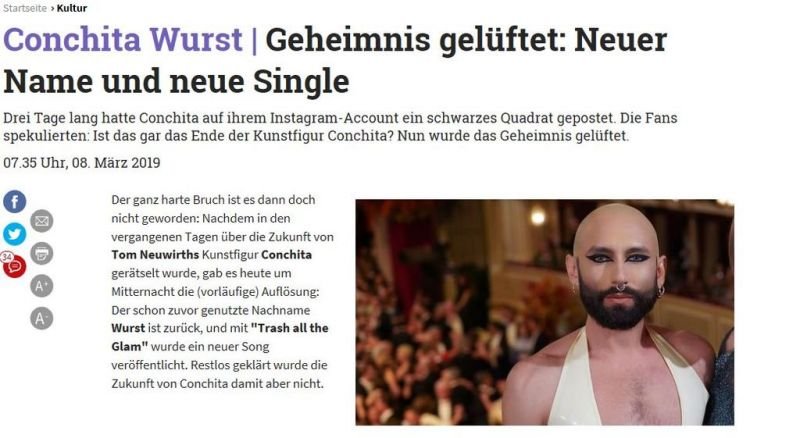 The reporter of the article in question describes himself as an "Award Winning Ghanaian Journalist". Investigative reporting does not seem to be one of his strengths, however.

Nevertheless, since its publication on 10 April, the article continues to be shared and presumed authentic worldwide.

This proves one of the dangers of Twitter: according to an MIT survey conducted in October 2018, 70% of people are more likely to share an article if it is fake. 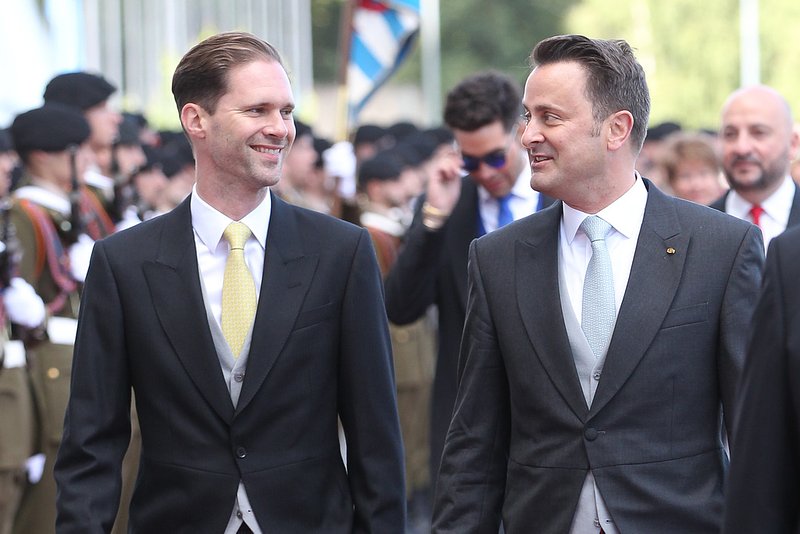 A photo of the real Xavier Bettel (right) and his husband, Gauthier Destenay. / © RTL Archives