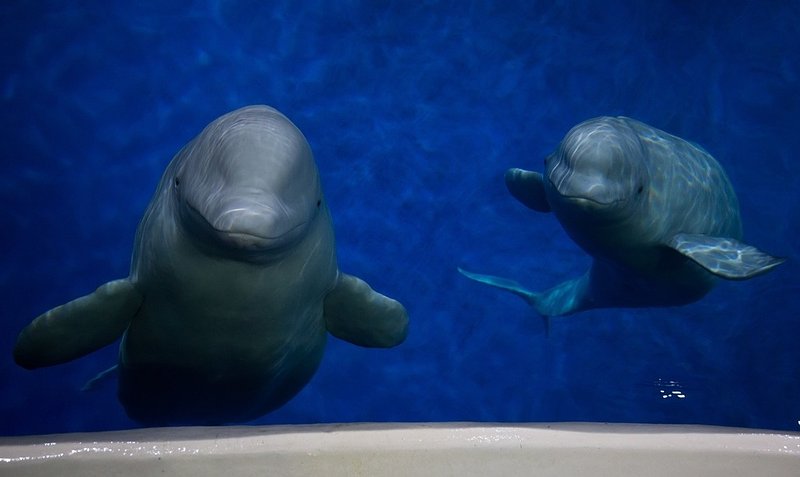 Two Beluga whales, Little Grey and Little White, had been scheduled to be transferred from China to a marine reserve in Iceland with Cargolux.

On Monday, two beluga whales were supposed to be transported from China to the world’s first marine reserve in Iceland. However, bad Thursday weather forecasts in Iceland have put the move on hold indefinitely, a spokesperson of the conservation organisation Sea Life Trust in Luxembourg announced on Saturday.

The Cargolux plane should have left Shanghai with Little Grey and Little White on Monday, arriving in Iceland on Tuesday.

Since the last stretch of their journey towards the 32,000 square meter reserve will be by ferry, the heavy storms that have been forecast along Iceland’s coastline have thrown a spanner in the works.

Preparations have been going on for months, but the whales’ security has top priority. For their big journey, the belugas are being transported in a special container on a Cargolux freight plane.

A new date has not yet been set, but there will be more updates at the beginning of the next week.