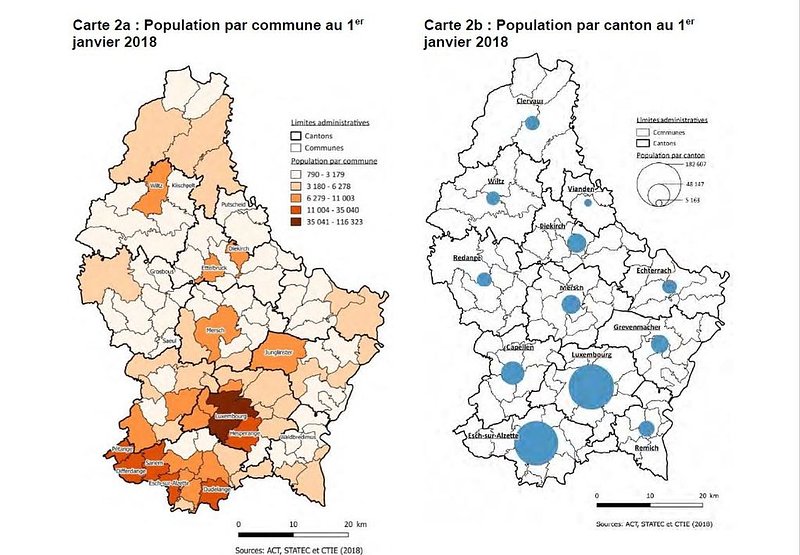 According to Statec's new demographic atlas, Luxembourg's population grew by 65% between 1981 and 2018.

The population was 365,000 in 1981 and is now almost double that at 602,000. The cause of Luxembourg's demographic boom is not unknown - it is immigration to the country.
The demographic atlas shows disparities based on individual municipalities. As of 1 January 2018, only 790 people are registered as residents of the smallest municipality, Saeul. On the other side of the scale, Luxembourg City has the highest number of residents at 116,000. The percentage of non-Luxembourgers (70.8%) is highest in the capital. Strassen (62.3%) and Larochette (58.3%) have the second and third highest proportion of non-Luxembourgish residents.

The municipalities of of Wahl, Useldange, Reckange-sur-Mess, and Goesdorf have the smallest percentages of foreign residents, ranging between 20 to 22%.

Statec observed a growth in the populations of rural municipalities, such as Beaufort, Fischbach, Waldbillig, Frisange, and Weiler-la-Tour. Traditional municipalities like Diekirch, Ettelbruck, and Echternach, on the other hand, have had slower residential developments.