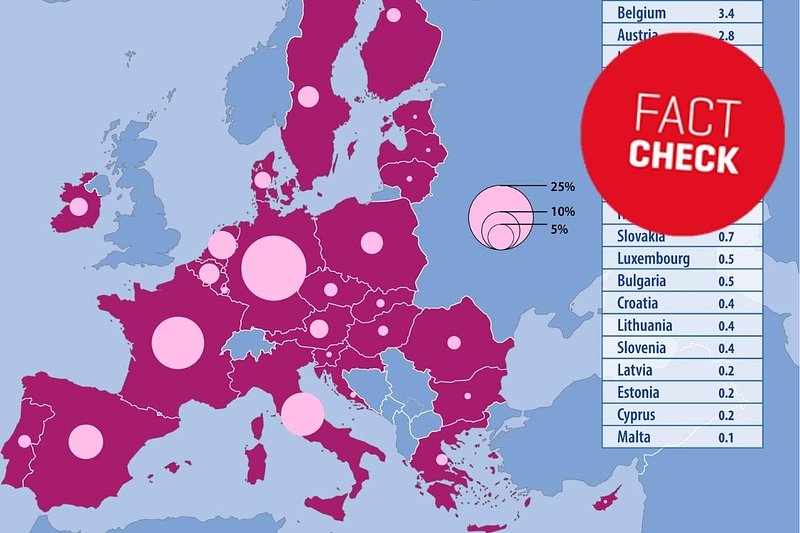 It's a familiar critique: Luxembourg is a small country that receives much more money than it contributes to the EU budget. But is the criticism justified?

Luxembourg is a wealthy country, underlined by a number of different indicators: number one in the world in terms of GDP by inhabitants ($131,300), number one in Europe in terms of purchasing power, 7% of residents are millionaires, and the country's financial sector is consistently awarded the Triple A status.

In light of these facts, maybe the Grand Duchy does not need help from the European Union to implement any of its projects?

However, every year, a significant sum from the EU budget is allocated to Luxembourg, as is the case with other Member States. So does the EU keep supporting projects in countries that are largely able to finance themselves?

To assess whether this criticism is justified, let us start by looking at the more recent statistics from the European Commission.

In 2020, Luxembourg contributed €407.4 million to the European budget. The same year, the country received more than €2.4 billion from the EU, composed of the following parts:

This led to a 'profit' of close to €2 billion. Impressive figures, especially since European payments are growing year after year, as this graph illustrates: 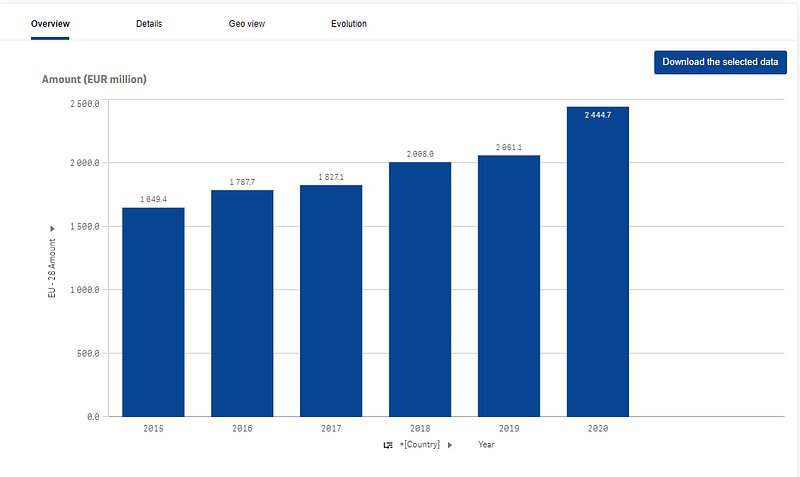 The 'winners' and 'losers'

If one were to only look at the aforementioned numbers, it would be safe to presume that Luxembourg profits from the European budget. Below is a chart showing which EU countries benefit the most from EU funding:

But according to Toute l'Europe, which has also shed a light on this matter, "this type of purely numerical calculation has numerous limitations".

This type of calculation is misleading because it does not account for the particular situation of some countries, including Luxembourg and Belgium.

European institutions benefit the most

According to Claire Joawn, press attaché for the European Commission's budget and administration, "the impact of the administration on the EU budget in Luxembourg is indeed significant because Luxembourg is one of the two main seats of EU institutions, hosting a significant part of the staff of the Commission - in particular in the field of finance and IT - and many other institutions."

That is why the European Commission has chosen a different form of calculation, which excludes the administrative costs and customs rights in particular*. And all of a sudden, Luxembourg switches sides.

"The exclusion of administrative expenses substantially modifies the net balance of states hosting European institutions, most of all those of Belgium and Luxembourg. In doing so, these states appear as net contributors to the Union's budget" confirms Stéphane Saurel in his book The budget of the European Union.

Our colleagues from RTL 5minutes also spoke to Max Dörner, attaché for the general secretary at the Luxembourgish Ministry of Finance, about the state of affairs: "Yes, Luxembourg is a net contributor to the EU budget. There are yearly fluctuations, but the systematic tendency shows that Luxembourg's contribution is more significant than the operational expenses of the EU on its territory."

Furthermore, according to STATEC, Luxembourg contributes 0.5% to the EU's GDP: 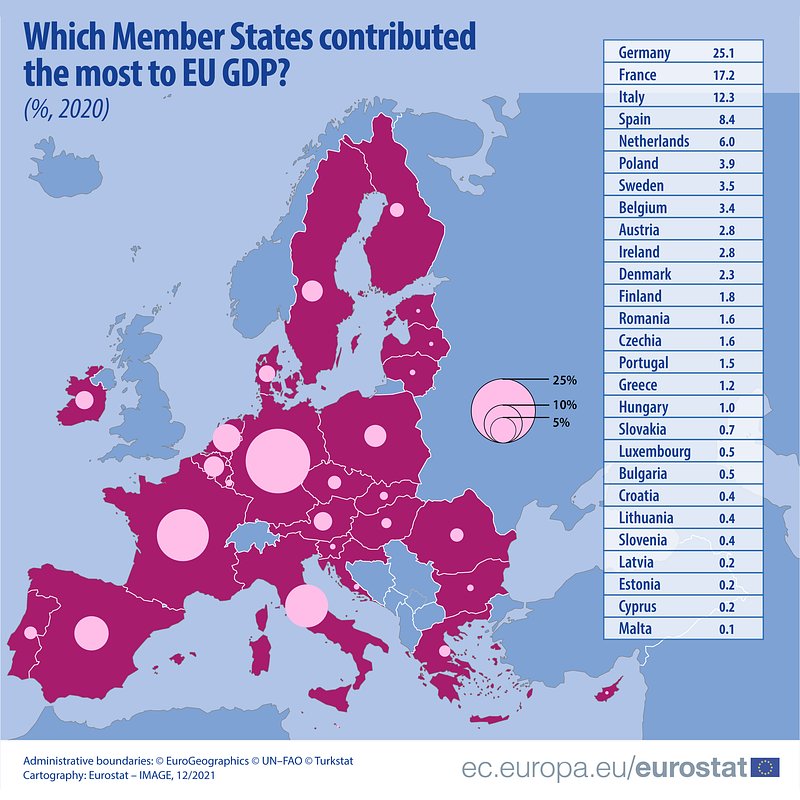 Finally, it should be noted that any potential regulations must also be taken into account. In February 2022, for instance, Luxembourg had to return €247.7 million to the EU budget for the period 2010-2020 for reasons of "good performance of the Luxembourgish economy over the last decade".

In short, given these new calculations, Luxembourg can hardly be accused of abusing the community budget.

It's not just the numbers

Looking purely at numbers "creates the false impression that the EU budget were only about giving or receiving. That's not the case," explains Joawn.

"Overall, the EU budget cannot and should not be reduced to a simple accounting exercise. The benefits of EU membershipfar exceed the amount of contributions to the EU budget. All Member States benefit from participation in the single market, a common approach to the common challenges of migration, terrorism and climate change, and concrete gains such as better transport infrastructure, modernised public services and digitised and advanced medical treatments" she lists.

The presence of European institutions on Luxembourg's soil also has an undeniable advantage. According to the European Commission: "Luxembourg benefits indirectly and significantly from the administrative expenditure of the EU". In particular because "about 13,000 European civil servants work in Luxembourg and contribute significantly to the national and local economy of Luxembourg and its Greater Region".

What happens to the millions paid to the EU?

The majority of European funding really keeps the European administrations established in this country going.

As for the rest of it, it's difficult to trace its route and impact. The complexity of these financial exchanges means that, for the general public, it is not easy to know exactly where these millions of euros are flowing. In our investigation, for example, we have not come across a website or report that details, to the nearest penny, project after project, the future of the European budget in the Grand Duchy.

The European Commission nevertheless explains that a major pillar of EU funding in Luxembourg corresponds to support for growth and employment. The EU budget thus provides "financial support to students, scientists, farmers, NGOs, SMEs, municipalities and many other beneficiaries of Luxembourg".

Millions of euros subsidising projects such as the expansion of the network of charging stations for electric vehicles, telemedicine solutions for medical monitoring, a "Naturpakt" with municipalities to promote the preservation of biodiversity, the support of the aerospace company OHB LuxSpace, or the production of solar energy on the new Neischmelz site in Dudelange...

Some citizens may not be aware of these subsidies, even though it impacts their daily lives.

*As Stéphane Saurel writes in his book "The budget of the European Union": "Traditional own resources are taken into account in the contribution of each Member State even though they are not representative of a real effort. This leads to an artificial increase in the burden on the States with major port facilities (mainly the Netherlands and Belgium) which are, as such, collectors of customs duties on behalf of the European Union".