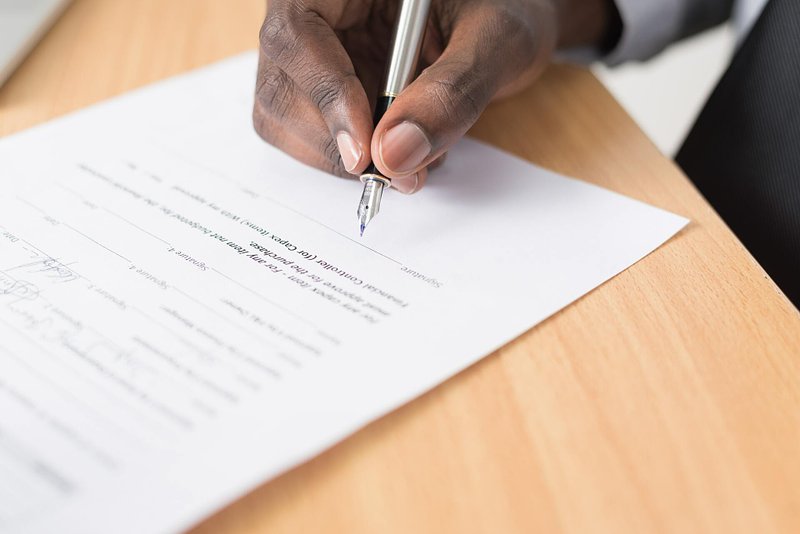 What do you need to know before you sign on the dotted line? / © Unsplash

What are your rights and responsibilities as an employee in the Grand Duchy?

Elsewhere we outline who can work and how to get a job in Luxembourg, as well as how to get set up as a freelancer. If you're hiring someone directly, for instance to provide house cleaning or childcare, this article details the simplified administrative procedure.

There are two main employment contract types in Luxembourg and three specialised ones (there are others, but this covers the vast majority of employment types). The main ones are:

The standard contract type in the Grand Duchy, employers must offer this where they are looking to fill a role for which there is a long-term and ongoing need in the business. The contract can be an oral agreement, but is usually concluded as a written document which should be signed in duplicate.

If an employee is pregnant, ill, or absent from work for other legitimate reasons such as caring responsibilities, the trial period is suspended until they return to work.

While permanent in theory, there are a number of ways a CDI can come to an end. An employee can resign by submitting their notice, which must be made one month in advance if they have been with an employer for less than five years, two months in advance if five to ten years, or three months in advance for more than ten.

An employee can also terminate with immediate effect due to serious misconduct by their employer, such as where an employer has not registered you for social insurance within the required time, or failed to pay your wages.

An employer can also terminate your contract with sufficient notice, which can be due to personal reasons such as concerns over employee conduct, or business (operational) reasons such as company restructuring. If you have worked with an employer for five years or more, you are entitled to severance pay.

If more than seven workers within 30 days, or 15 workers within 90 days, are being laid off, than separate collective redundancy rules apply - see here.

There are also a number of automatic terminations of contract, for instance if the employee is declared medically unfit for work or reaches retirement age.

Finally, an employer can terminate your contract without notice due to serious misconduct, which they must justify while taking into account your professional background, level of education, social situation and responsibilities at work.

A fixed-term contract works similarly to a CDI, except is intended only for specific and time-limited tasks. It can last up to 24 months, including renewals, and should normally include a precise end date.

The time period is inclusive of the probationary period, which is determined on the same basis as CDIs.

It can normally be renewed twice, although there are exceptions for specific employment types. For instance, contracts for students cans be renewed up to five years, while workers in the entertainment industry without steady employment can have their contracts renewed more than two times.

Given that a CDD is intended for temporary work, once the full term is over the employer cannot offer another fixed-term contract for the same work until at least a third of the contract time has lapsed. If they try to do this you should instead ask for a permanent contract, as it indicates the work is required on a long-term and ongoing basis.

Generally speaking, a fixed-term contract can only be terminated in the case of serious misconduct on behalf of the employer or employee, or where both parties mutually agree in writing to end the agreement. There are exceptions, of course, such as when a company is declared bankrupt.

Both the CDI and CDD can take the form of a part-time contract. The contract should specify the number of working hours per week and how those hours are distributed over the course of the week.

In practice, working hours can vary from week to week but should meet the number specified in the contract when averaged out across a four week period.

Part-time workers have the same rights and entitlements as full-time workers, for instance they have access to the same annual leave allowance on a pro-rata basis.

The Employment Development Agency (ADEM) has an overview of employment contracts, holidays, working hours and termination on their website.

For detailed guidance, check the relevant pages on Guichet.lu.

For specialised advice on your specific situation, it's worth contacting your trade union, employees' association, or professional chamber.