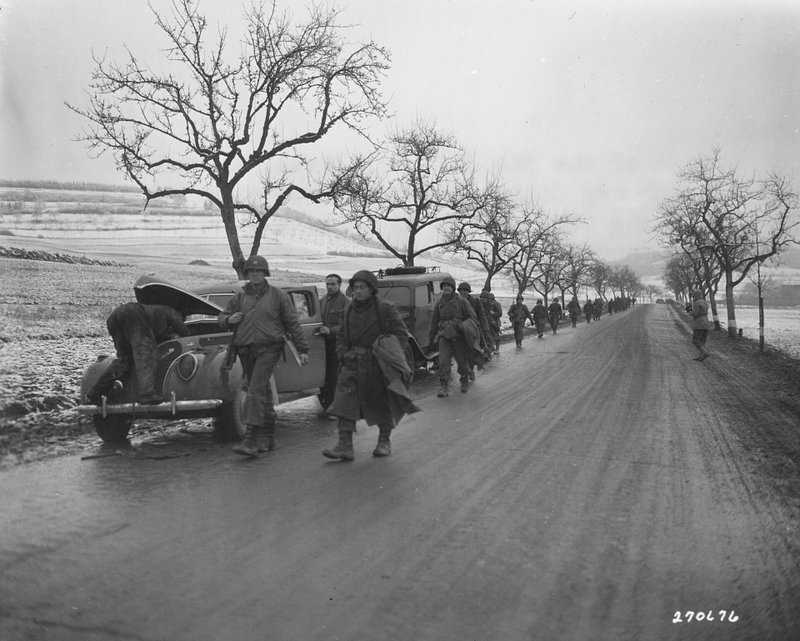 A newly-digizited photograph captures the advance of the US 5th Infantry Division, Third Army, through Luxembourg's countryside in December 1944.

It's one of a number of photos in the Signal Corps Archive which commemorate America's presence in the Grand Duchy during the Second World War.

The photo was taken by M. Miller of the 166th Signal Photo Company. It shows a thin line of US infantrymen marching along the road on their way to the frontline, while a mechanic appears to be fixing an engine in the foreground. The image was taken just three days before Christmas, on 22 December 1944.

Watch: Once Upon a Time Zu Letzbuerg... The 28th US Division in Munshausen

General Patton's Third Army led eight campaigns across northern Europe during the conflict, including in Luxembourg, France, Belgium and Germany. It went on to become part of the Army of Occupation, remaining in Germany until 1947.

In particular, the US 28th Infantry Division played a key role in Luxembourg's Battle of the Bulge.

Read more: The American diplomat who loved the Grand Duchy and defied the Nazis

Other photos from the archive show various military deployments in Luxembourg, over the winter of 1944/1945.