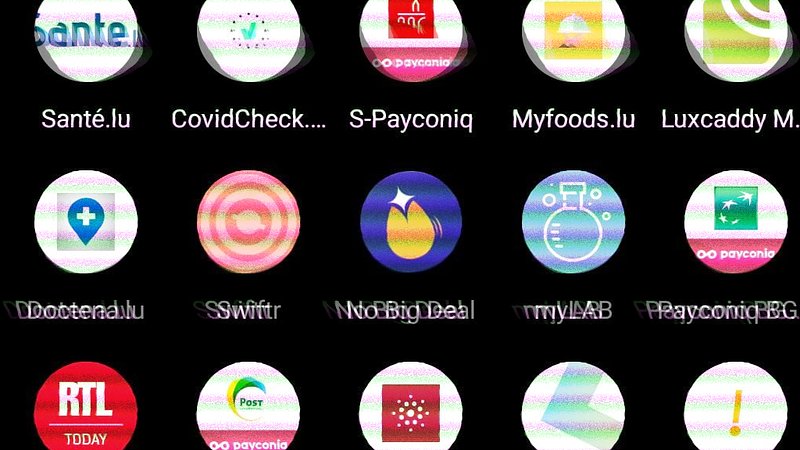 Get the best food delivered, look after your health, manage your money and access government services with these home-grown apps.

We've scoured the app stores to find the best picks for navigation, exploration, shopping, health, finances, and government services. We also take a look behind the marketing hype: what do users think of the apps and do they actually work?

Part one covers getting around and exploring, while everything else is here in part two.

If you're looking for apps to help you learn the Luxembourgish language, our separate guide has you covered.

For an app-based supermarket shop with free delivery nationwide (although the minimum order is 100 euros in the north) check out Luxcaddy (iOS, Android). Both the app and the service are highly-rated by customers, although some have had trouble arranging deliveries. Verdict: shopping from the sofa, what's not to like?

If it's takeaway food your after, the giants of the food delivery world also operate in Luxembourg. This article is focused on home-grown apps, however, so we suggest trying out MiamMiam (iOS, Android) (that's "yum yum", by the way, not an alternative cat sound). Users think it is a 'great app' which is easy to use and does the job. Verdict: a solid way of getting dinner to your doorstep.

Another choice is Myfoods.lu (iOS, Android). Users find the service convenient, although some have had problems ordering due to bugs. Verdict: another scrumptious selection.

Another way of getting food, which has the bonus of being better for the planet, is through F4A - Reduce Food Waste (iOS, Android). This lets you purchase discounted products from shops and supermarkets like Delhaize, and has recently launched a takeaway service for end-of-day meal bags from the likes of T Cocottes, Exki and Victorine. It's a great idea and popular with users, the main criticism being that there aren't more shops available. Verdict: eat delicious food and save the planet? Sign me up!

Looking after your health

No Big Deal (iOS,Android) is a Luxembourg start-up offering an interesting take on getting healthy. It tracks your steps and encourages you to take on walking challenges. The more walking challenges you achieve, the more rewards you get. Clever marketing gimmick? Perhaps, but users find the implementation top notch and generally like the offers. Verdict: it's a pretty big deal in the Lux app world, and an interesting proposition if you're willing to share your health data in return for rewards.

If you prefer hitting the gym, Swiftr (iOS, Android) gives you access to 40+ studios and gyms through a single membership, including climbing, tennis, and swimming. It's a popular choice and gets good ratings from users. Verdict: great for justifying a takeaway afterwards (see above).

On a more serious health note, the Santé.lu app (iOS, Android) offers a host of useful health information, such as health alerts, information on outpatient services and emergency numbers. One major flaw is that it's only in French. Users aren't happy about that, nor its somewhat limited feature set. Verdict: serves its purpose, but could do with more languages.

A more accessible health app is Doctena.lu (iOS, Android), which lets you make appointments with nearby doctors and dentists. Some users, especially on Android, have found bugs and login issues. However, when it works it's a pretty handy tool. Verdict: great, when it works. 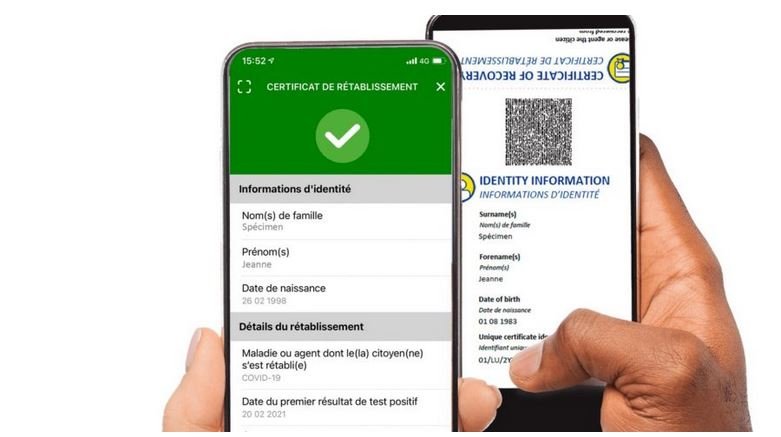 The CovidCheck.lu app (iOS, Android) lets the user check an EU Digital Covid Certificate. The app is well designed and works for most users, although some have found it isn't sensitive enough to recognise QR codes that aren't well lit. A lot of users have criticised that it lacks the function to store certificates, although arguably this was not what the app was designed for. Verdict: of limited use. For obtaining your Covid Certificate, try My Guichet (see below).

Another frequently downloaded, although not exactly popular, Covid app is myLab (iOS, Android), which allows users to access their PCR test results as well as a host of other medical results. While some think it has a 'nice design', others find it 'garbage', and many object to being required to install the app in order to access test results and complain that it doesn't work. Verdict: functions well enough for most, but for such an essential service would benefit from further investment.

All the major banks operating in the Grand Duchy have apps available, and they're all generally well received. There are probably other things more important than the companion app when opening a current account in Luxembourg.

Nevertheless, it's worth mentioning Payconiq (formerly Digicash), which has versions available for all the major banks. This secure payment app lets you pay your bills, shop in stores or shop online. It promises smooth seamless payments and, when it delivers, its top-notch. However, some users have found problems with activating the service, as well as buggy apps. Verdict: indispensable, but could be slicker!

LuxTrust (iOS, Android) provides a digital identity service that provides secure access to banks and government services on guichet.lu. Once you've got your head around a sometimes-tricky activation process, LuxTrust provides a useful service which, in the words of one user, has 'made my life so much easier'. The app is regularly updated but, sometimes, the new updates lead to bugs for users. Verdict: a very useful app, albeit sometimes buggy.

Speaking of government services, MyGuichet.lu (iOS, Android) promises to be a one stop shop for carrying out a number of administrative procedures and keeping track of their progress. One useful function is the ability to access and download your EU Digital Covid Function. Users find the app a mixed bag, great when it works, but some just can't get it to. Verdict: the promise of digital government remains far ahead of the reality, but, slowly, it's getting there.

In terms of accessing government information, GouvAlert.lu (iOS, Android) is supposed to do that. It allows the 112 service to broadcast alerts on major incidents, and provides advice on how to behave in the event of an alert. Users find the concept pretty flawed - during the summer 2021 floods, they only got the alerts after opening the app. Verdict: solid idea, but flawed.

Of course, you might argue (and we very much would) that the best way of getting information is by reading the news. And, what do you know, this fair site has its very own RTL Today app (iOS, Android). The reception is generally positive: a 'great news app in English for Lux based expats'. Although another reviewer was less keen, 'Manipulation paod [sic] by gov. No true journalists.' To which we would gently suggest they might like to get their news elsewhere.  Verdict: we can't mark our own homework, but feedback on the app and the site generally is always welcome. Message us via the app, on social media, or via email at audience@rtltoday.lu.