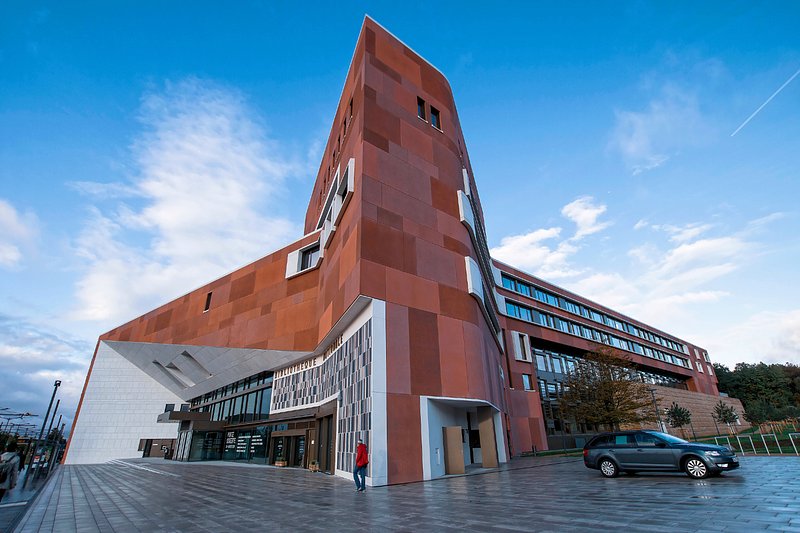 Looking for somewhere to study or find a new book? The new Nationalbibliothéik (or Bibliothèque Nationale) is one of many libraries in Luxembourg.

Where else to start but with the new National Library, which lies on Avenue John F. Kennedy in Kirchberg. The impressive new building opened on 1 October 2019, with 14,000 visitors attending open days on 5 and 6 October. Its collection includes 1.8 million printed documents, 200,000 freely-accessible books and a 20,000 audio-visual documents. The National Library has books available to borrow in several different languages.

Feeling overwhelmed by the National Library? Visit the City Library (Cité Bibliothèque)on Rue Genistre next to Place d'Armes. The capital's municipal library has books in Luxembourgish, French, German and English, as well as a vast array of audio and video content.

If you're looking for something a little different, try the CID Library on Rue Beck in the city centre. The CID (Centre d'Information et de Documentation des femmes) is a feminist organisation, with a library that holds more than 20,000 books, 80 journals, and a multimedia section.

The Luxembourg Learning Centre is the University of Luxembourg's principal library. It is located within the university campus in the Belval neighbourhood of Esch. It has a collection of over 200,000 books, 390 databases and 77,000 e-journals. You do not need to be a student to register.

If you don't fancy surrounding yourself with noisy students, you can retire to Esch-sur-Alzette's Municipal Library, the Bibliothèque Municipale on Rue Emile Mayrisch. It has multilingual and multimedia sections.

All of Luxembourg's principal towns have public libraries. Most, such as the Bibliothothèque Publique Régionale deDudelange, are open from Tuesday to Saturday, while some like Differdange's Bibliothèque Municipale have restricted opening hours on Monday. Along with many of Luxembourg's public services, libraries in the country are almost exclusively free to use. Happy reading!