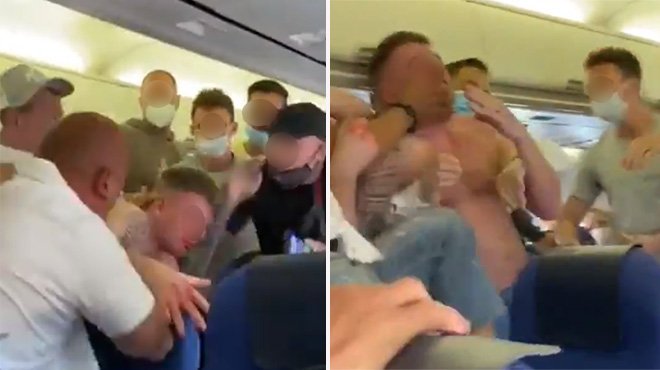 A KLM flight from Schiphol to Ibiza took an eventful turn mid-air on Friday.

Two passengers under the influence of alcohol refused to wear their face masks on an airline flight, which is obligatory due to coronavirus. This provoked a serious fist fight. The scene was filmed and shown by local Dutch television station AT5.

A spokesperson of KLM confirmed the incident on Sunday.

Passengers came to the rescue during the fight, retaining the two troublemakers until landing on Ibiza. One man screamed at the two passengers: "Stop it, now! There are kids here!"

The two men, who are not of Dutch nationality according to the company, were then arrested by the Spanish authorities for not wearing a mask and for the inconvenience caused to other travellers.

The safety of passengers was not threatened at any time, the spokesperson for KLM assured.