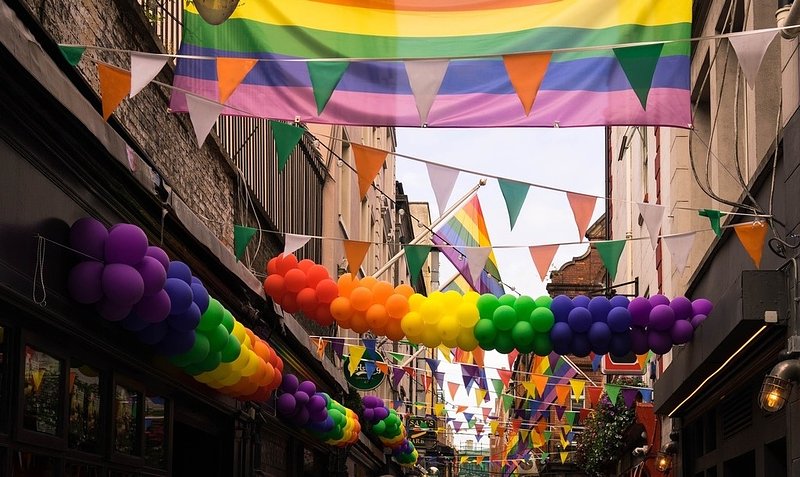 The SPARTACUS Gay Travel Index evaluates countries on how tolerant they are to the LGBT community in an endeavour to inform LGBT travellers.

The index is updated annually to reflect the situations of LGBT people in 197 countries. 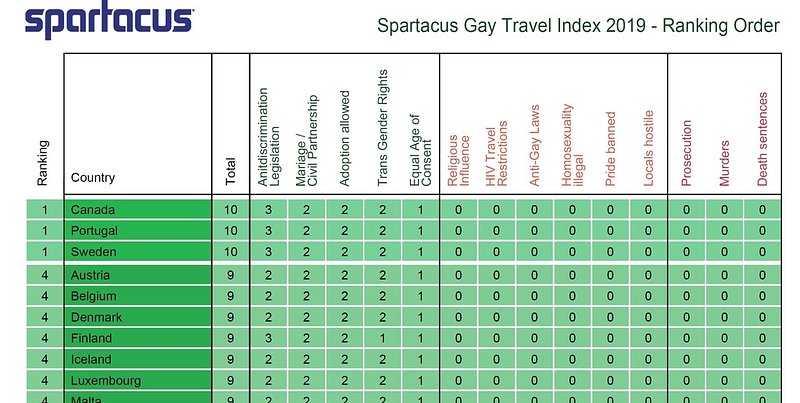 At the top of the list in joint first place are Canada, Portugal, and Sweden. The update to the 2019 index praises Portugal in jumping from 27th to sharing the first place with Sweden Canada, mainly due to legal improvements for trans- and intersex persons and anti-hate crime initiatives.

The index's methodology uses 14 criteria in three categories, namely civil rights, discrimination, and threats to individuals. The first category assesses whether homosexual marriage is allowed, anti-discrimination laws, and "whether the same age of consent applies to both heterosexual and homosexual couples." In the second category, SPARTACUS looks at travel restrictions for HIV positive people and bans on pride parades and similar demonstrations.

The list warns LGBT travellers that the situation in Brazil, Germany and the USA has worsened, as right-wing conservative governments in the US and Brazil have introduced initiatives that revoke LGBT rights. In Germany, there has been an increase in violence against LGBT people. According to SPARTACUS, the country also lacks modern legislation sufficiently protective of transgender and intersex persons. As a result, Germany has dropped from third place to 23rd. 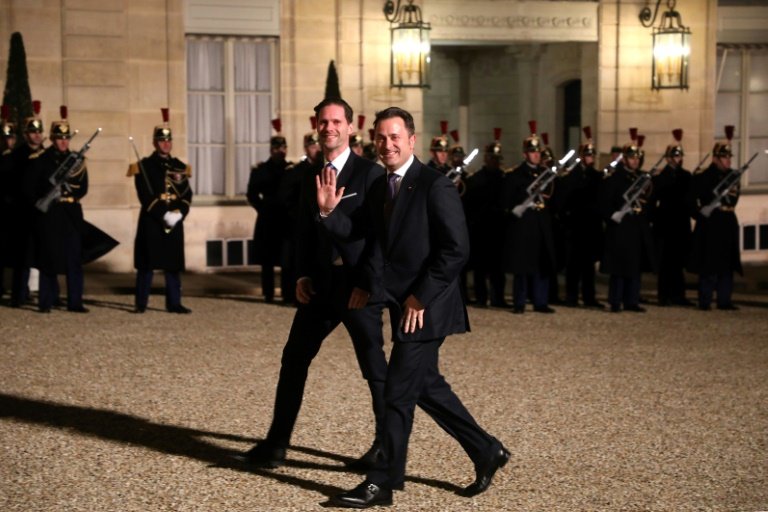 In the Grand Duchy, the same-sex marriage reform came into effect in 2015. In the same year, the prime minister of Luxembourg, Xavier Bettel, married his partner Gauthier Destenay. The prime minister, who is the first openly-gay prime minister to be re-elected to a second term, recently confronted Arabic countries with their homophobia at the EU-Arab League summit.