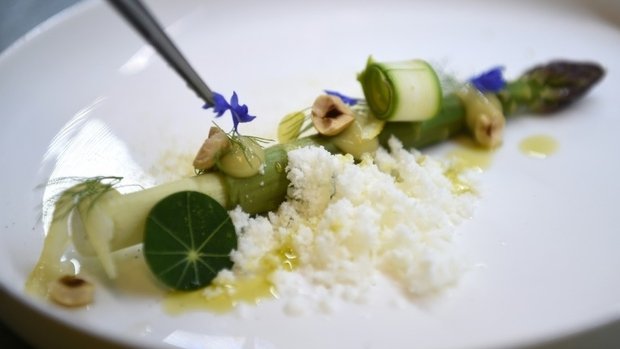 A restaurant in Copenhagen has been named the world's best for the second year running by members of the industry.

For the last 20 years, over 1,000 culinary experts have decided the world's best restaurants in the annual awards.

The three-star establishment "Geranium", headed up by chef Rasmus Kofoed, took home the coveted top spot at the ceremony in London on Monday. In second place was "Central", in Lima, Peru, followed by Barcelona's "Disfrutar" in third place.

Foodies in Luxembourg, however, must travel to one of our neighbours in order to sample one of the best restaurants in the world, as the Grand Duchy's establishments do not rank among the top 100.

Germany has two restaurants in the top 50 - in 17th place, "Nobelhart & Schmutzig" and "Restaurant Tim Raue" in 26th place, both situated in Berlin.

In Belgium, Nick Bril's restaurant "The Jane" sits in 23rd place, in Antwerp, while France is well-represented on the list. Paris alone has several establishments in the top 50: "Septime" in 22nd place, "Le Clarence" in 28th place and "Arpège" in 31st.

Luxembourg will seemingly have to wait a little longer before joining its neighbours in the rankings - to date, no Luxembourgish establishment has been deemed worthy of the title.