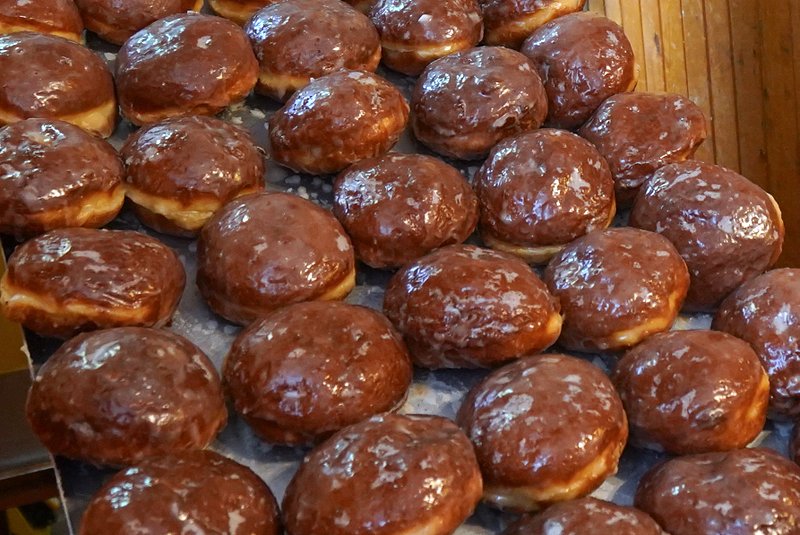 The Polish tradition of 'Tłusty Czwartek', or 'Fat Thursday', sees Poles indulging in a doughnut-fuelled blow-out before Lent. Our correspondent braved the cold to report back from the fried dough frontline.

On Thursday, an estimated 100 million doughnuts were consumed across Poland, according to Polish state news agency PAP. That works out as an average of two and a half doughnuts per person.

The custom marks the last Thursday before Ash Wednesday and the beginning of Lent, which the largely Catholic country traditionally observes as a period of moderation and fasting before Easter.

To prepare such a huge number of doughnuts  takes 500 tonnes of sugar, 500 tonnes of butter, 2500 tonnes of flour, 1.3 million litres of milk and 25 million eggs, according to analysis by BNP Paribas. The bank estimates that the day is worth around 250 million zlotys (55 million euros) to the local economy.

Pawel Sypniewsi, owner of the Sucre Patisserie in Warsaw, told Reuters that Fat Thursday was crucial for his business, as the pandemic had harmed his sales. Nevertheless, he couldn't resist sampling the product: "I have already eaten enough, they were coming out hot, so I think I ate about five already during the night and I am not planning more today."

As many as possible

While the average Pole manages two and a half doughnuts , the aim is to stuff yourself with as many as possible. Poles supplement the jammy, fatty dough balls with deep-fried biscuits known as faworki.

In the interests of journalistic research, this correspondent, currently Poland-based, braved the -12°C temperatures to queue outside for a chance to try the sweet treats. At midday on Thursday long queues were still evident outside the bakeries, with 15 customers waiting for entry at my local outlet. 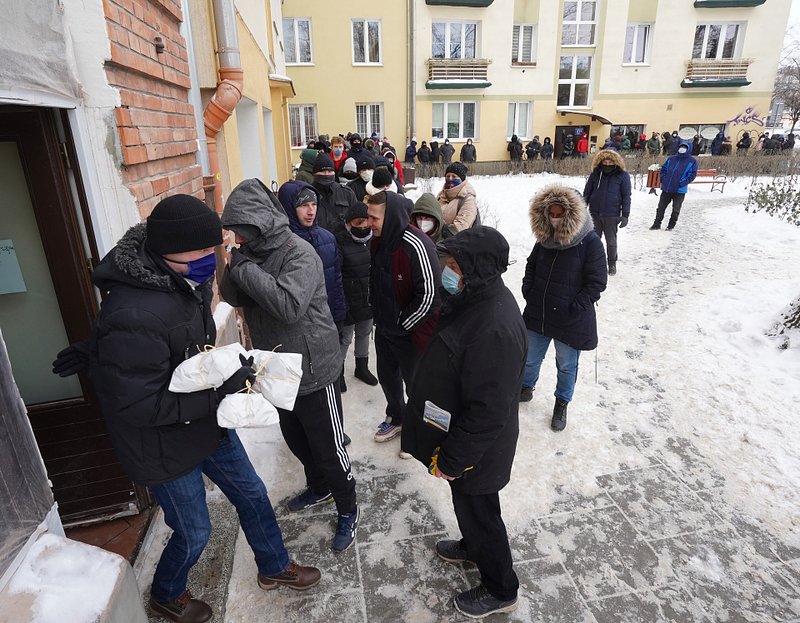 People stand in line to shop in a popular sweet shop in Warsaw for jam-filled doughnuts known as "Paczki", traditionally eaten on the last Thursday of Carnival, the Fat Thursday on February 11, 2021. / © AFP

Once inside, a wide array of flavours were available, ranging from traditional rose- or raspberry-jam fillings, to the more extravagant salted caramel or tonka-bean crème patisserie centre. Bewildered by the choice, I ordered one of each.

I enthusiastically dived into the selection box, grabbing the first glazed, sugary object I could see. Beneath the sickly sweet exterior was a fresh doughy wonderland, with a gooey centre of fragrant rose jam. It was so delicious that I quickly moved on to doughnut number two. 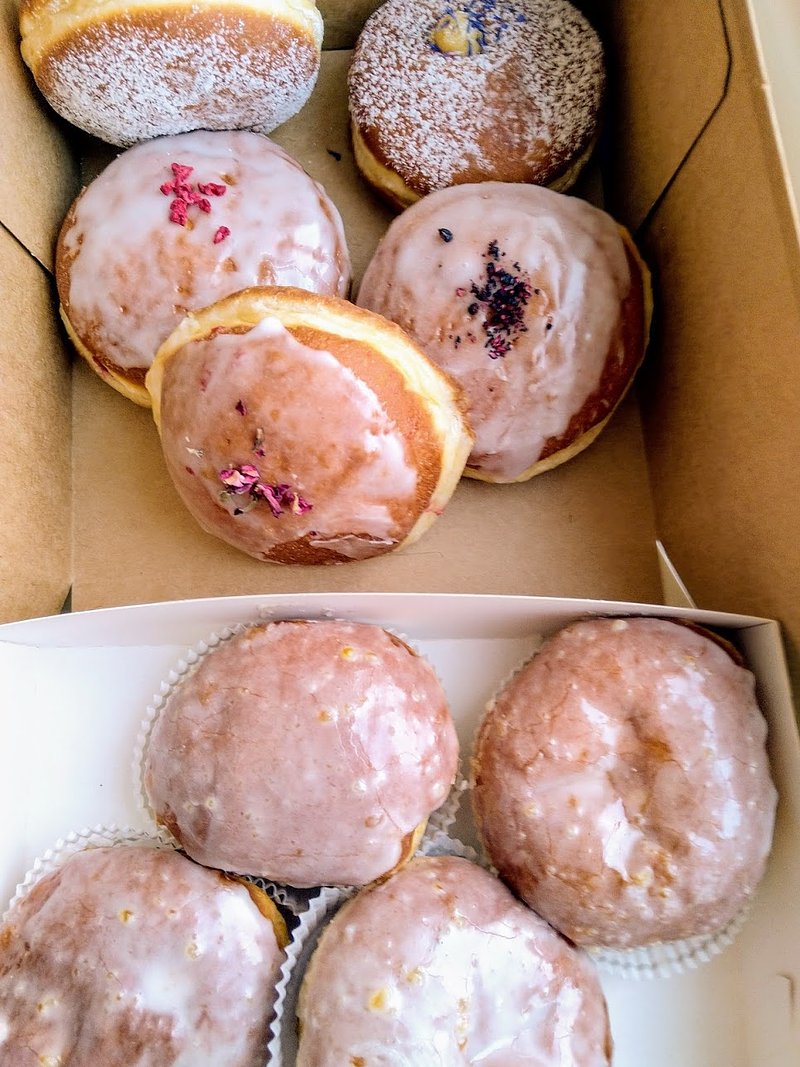 Lacking the Poles' experience with cramming in the deep-fried goodness, however, I quickly met my match. After finishing the second one, I promptly felt too sick to move, and spent the rest of the evening in a sugar-induced stupor. Clearly, I am below average in my doughnut-eating abilities.

So was it worth braving the sub-zero temperatures to participate in this Polish tradition?

Reader - all I can say, is that Luxembourg needs a doughnut day.