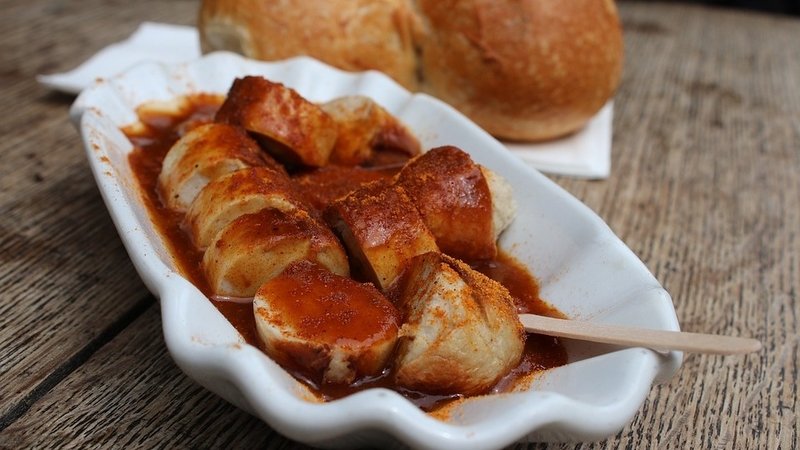 4 September 1949 - remember the date, for that is when a Berlin icon was born: the currywurst. As with most culinary delights, the currywurst was created rather by accident.

If you really want to up your currywurst trivia (you never know when the question could come!), remember the name Herta Heuwer. Heuwer is the woman whose brainchild is tasted by many a visitor in Berlin.

But how did Heuwer create the currywurst? Out of boredom, it appears. On 4 September 1949, nothing was happening in front of Heuwer's food stand on Stuttgarter Platz in Berlin's Charlottenburg neighbourhood. Heuwer was bored and began experimenting, mixing spices with tomato puree until she perfected the combination and stumbled upon a sensational taste. And with this experiment, Heuwer created the first currywurst .

Ten years later Heuwer established the patent for her sauce, naming it "Chillup". The rest, as we know, is history. Heuwer never shared the original recipe, which ultimately died with her in 1999. But the currywurst continues to prosper throughout Germany and the entire world as different variants continue to be offered at hot dog stands, in shops, and even on planes. Whilst we may not know Heuwer's exact recipe, the basic concept is similar - a mix of ketchup and curry spices.