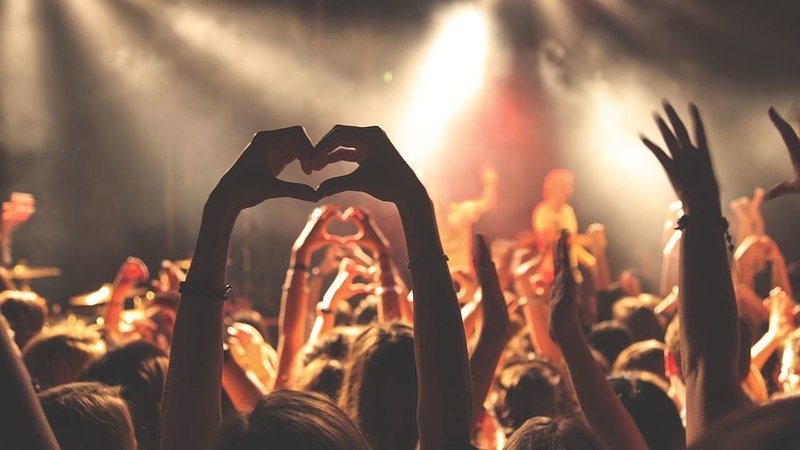 My colleague has explored one of the major do’s and don’ts when attending a concert in his opinion piece, but let’s be clear – there’s so much more to concert etiquette than just talking. As with most of our do’s and don’ts, this is sadly inspired by a true experience.

We'll start off with one the realities of life, which is sadly unavoidable. If you are a tall person at a concert, the sad fact of the matter is that you will be inconveniencing a lot of people if you’re standing right at the front. So with that in mind, do maybe stand at the back? Or check that there’s not an especially short person behind you who’s now effectively paid to become really well-acquainted with your back. Do maybe invest in a headcam and a projector on the back of your t-shirt? Might as well monetise your height.

Don’t push forward after the concert has begun. The unspoken agreement of concerts is that if you want to be at the front, you have to put in the effort to go to the front. Get there before the support act starts or during the support act’s performance. Don’t see that the main performer has arrived and everyone’s in place and decide now’s the time to push forward right in front of those people who got there 30 minutes before you and staked out their spot. I remember ten years ago, people would get to concert venues ten hours before doors open out of a desire to get a good spot. Perhaps they still do that, but I've become the kind of person to wait for the queue to dissipate first. But if you want a great spot, harness that dedication.

Do adapt to the type of concert you’re at. Seeing a philharmonic orchestra? It’s probably not appropriate to film them or whoop loudly at the end of the performance. If you’re at a pop artist’s concert and there are seats, you’re likely gonna have to stand anyway.

Don’t sit in someone else’s seats if there are reserved seats. Same as in trains, planes, and everywhere else you've been given a specific spot, follow the rules.

Do think about what you want from a concert. Tons of pics? Cool, go ahead. But if you're in it for the experience, then don't stream the entire thing on your Snapchat. Maybe film one song in particular? But how often do we go back and listen to the videos we film from concerts anyway?

Let's say you're going to a concert of a popular black artist who's the biggest thing in hip hop right now. Let's also say you're white. Do check yourself and don't sing/rap along the n-word when it comes out. You can just take a breath instead. I went to see the GOAT (greatest of all time - Kendrick Lamar) last year and these guys next to us were super into the concert, but still refrained from saying the n-word. If you're gonna come at me for this point, don't just shriek 'FrEE sPEech' to me, okay? There's a host of problems in white people using a slur that was used to denigrate black people that I don't have the space to unpack here.

The above video shows one fan invited to the stage with Kendrick Lamar to rap along to his iconic M.A.A.D City, and the fan opts to dab or jump instead of saying the n-word, which seems like a reasonable compromise. All looked to be having a good time. See below for a rather awkward incident, in which a white girl goes ahead and says the word, the music stops and Lamar chastises her, and all around it's a bit cringey. So, if a black rapper invites you, a white person, to the stage, don't be like Delaney.

Do give it up for the support act. If they're relatively new to the game and nervous, there's nothing worse than performing in front of an indifferent crowd. So muster up some of your enthusiasm and cheer them before they have to resort to 'Give it up for *main act*!!'.

Don't forget to check if you need to print your tickets before heading to the venue. In an ideal world, e-tickets would be fine, but some venues can be a bit funny and require physical tickets.

Don't treat a concert as your personal audition for a talent contest. Obviously, sing along and enjoy the music but don't out-sing the performer.

Do feel free to dance along, but don't get all up in other people's space. That includes grinding, just...keep to a nightclub yeah? We're trying to enjoy some music here.

Don't shove people. If it's not an obvious moshing concert, conduct yourself appropriately.

And finally, don't use a concert as an opportunity for a good old catch up. Meet up beforehand and have dinner or drinks together, and then enjoy the concert together. Read more about it in Josh Oudendijk's opinion piece.