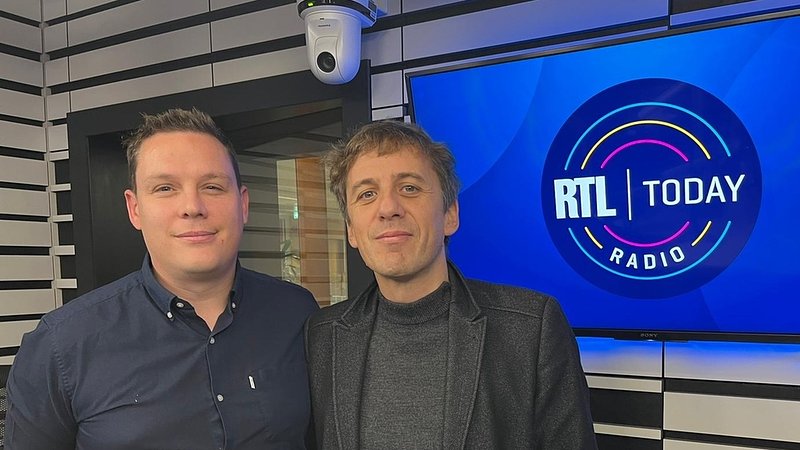 On the latest edition of Talking Music, Sam speaks with Luxembourgish composer Pascal Schumacher about his upcoming performance at the Philharmonie.

Pascal Schumacher, well known in Luxembourg as a percussionist and jazz professor at the conservatoire spoke about his latest project  Luna, which will be brought to life this weekend 12 November at the Luxembourg Philharmonie.

Luna, a modern classical project is the counterpart to Schumacher's previous album entitled Sol where the juxtaposition between the two compositions can be felt by all who indulge in modern classical music. The project includes performances from Pascal himself along with those of the featured Echo Collective.

Spectators will be dazzled by video projections courtesy of the Berlin-based collective Magnificent Meta, whose mix of colours and chemicals provide a perfect pairing with the mystical sounds and escapes delivered throughout the performance.

When asked what is the essence of modern classical music, Pascal explains to Sam and Meredith that quite simply, it is "Classical music from today. It's not contemporary music. It's nice to listen to music, music that makes you travel [and] asks your imagination to drop off somewhere."

If you would like a taste of what Luna has in store for the upcoming performace, make sure to listen to the full interview either on RTL Play or via the player below.

You can learn more about Luna and get your tickets for Saturday's show via the website of the Philharmonie.

Win a pair of tickets to see Luna!

We've got a pair of tickets for Saturday's performance of Luna!

To win, simply text your name, email address and title of Schumacher's new album to the studio Whatsapp (621 52 5000). The winner will be contacted on Friday 11 November after The Sam Steen Show.