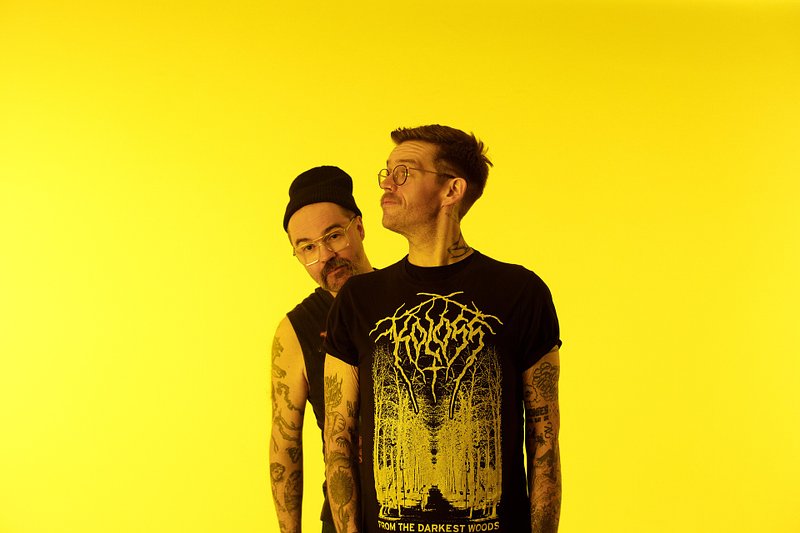 Currently working on their upcoming album “Die Sonne ist ein Zwergstern”, to be released in early 2022 on their own label “Mathildas & Titus Tonträger”, Jupiter Jones are putting the past behind them...sort of.

When I called Jupiter Jones, I spoke to Nicholas who spoke to me about JJ’s journey so far but was (mostly) happy to practice his English for another upcoming interview.

We pondered the ways our mouths struggle with foreign words – tongues seem to get lost and trip over themselves, muscles attempting new and foreign twists and turns – and then eventually wandered into the realm of punk, Kintsungi, and boxes.

‘Kintsungi’ is the Japanese tradition of fixing broken objects, often pottery or ceramics, with lacquer mixed or dusted with gold, silver, or platinum. This method treats breakage and repair as part of an object’s history, making it more unique and in some cases, stronger. This is a really longwinded way of asking you, how do you see the band’s history of dissolution and revival? How will you incorporate the past into the future?

Yeah, I see it exactly that way. Kind of like a broken bone that will never break in the same place again. We had to sort a lot of stuff out before we could start again. To be honest it wasn’t the most peaceful break-up in history, so we had to sort our stuff out, to talk about everything, to find our way back to our friendship. So we will never have the problems we had before again, because we had to talk about what we did wrong in the past so much. So yeah that’s a really beautiful image, once broken and now together again, we will never split at the seams that we’ve just glued together.

We were never ashamed to play pop music.

So if we keep this image in mind that what you have now is not the same as before, there was breakage, there has been growth and now there is something new: what new energy and influences do you each bring to the band, after so much time apart? How does the fact that you are in completely different life stages influence your music?

The new influences are mostly based on our tastes in music, and that’s just what happens. You listen to music that you didn’t listen to before and suddenly it becomes part of your music and your art form, and that’s what we’re doing. Sascha is listening to a lot of 80s and I’m totally into Bon Iver and other ‘collage’ like music styles. Then that all gets blended together with what we always did, a mixture of punk rock and pop music. We were never ashamed to play pop music. And this is now becoming what we think is – hopefully – some sort of unique German pop, because in Germany we tend to sound the same at some points … not to judge any of my colleagues! We’re trying to blend it all together without it sounding too, hmm – in German we say “wirsch” – let’s say we want to avoid sounding like we have no idea what we’re doing. We sound like Jupiter Jones always did but with 20 more years of experience and tastes. And we still don’t know what we’re exactly doing here but it’s always been that way.

In terms of life changes, a lot of life has happened, especially in the last five to seven years where Sascha and I didn’t talk to each other because we weren’t the best of friends. I mean we weren’t friends at all. We both became fathers and that’s changed the way we see the world and the way we see ourselves especially, because the moment you start having to take care of another person, another human being, you realise that you’re not the centre, or the nucleus of the universe. We both went through some phases of fear and depression and got through it pretty well and that’s also a part of our lives. And so the story we once tried to tell and used to tell, the story of JJ and being the band from the rural Eifel neighbourhood where nobody ever tried to become a professional musician, is the story that’s still not over.

The moment you start having to take care of another person, another human being, you realise that you’re not the centre, or the nucleus of the universe.

Like I said before we don’t actually really know what we’re doing, all we’re doing is following our instincts. We don’t read sheet music, we just speak to each other in a lot of noises like “boom chack” and “bang bang bang” and I don’t think a lot of musicians do that… but despite that, our story still isn’t over, we’re still those guys from Eifel and we’re living from playing music every day and that could be the biggest story I’ve ever told, so let’s not end it here! That’s the conclusion we came to, that’s why we’re here.

You touched on something I was going to ask you: when you google Jupiter Jones you see you’re a “rock band”, but you do also play pop and more ballad type songs. We always put things in boxes, I suppose we kind of have to in order to make sense of the world, but does that bother you in any way? Did you ever feel like you couldn’t play pop, as a rock/punk band?

We don’t have a problem with boxes, like you said, we need them to know what we’re doing here. As long as we’re still playing, it’s fine. We have to explain what we do a lot, but we just don’t want to be judged by those boxes. I think that’s one of the main problems of music in general, that people always think that you lose certain attitude as soon as you start playing pop music or jazz. I think you can be a punk at heart and play pop music, you can have those attitudes without needing the uniform that represents them. So whatever people said about our music, we never had a problem with it.

The sense of power and anger, it’s there, but there’s always just this thing: let’s talk about it!

Whatever people called our music, pop music or ‘Deutschpop’ – which is an insult to most people to be honest – just call it what you want, and we’ll do it anyhow. We always liked pop music, both of us. Our ex-drummer is still in a black metal band, he’s a huge thrash, speed and metal fan, but with a heart for pop music. I think that’s where you start to stop limiting yourself and that’s the greatest thing you can do. Just stop thinking about rock or pop music at all and play the thing that fulfils you the most. Or maybe this is because I’m almost 40 and Sascha is past 40 so maybe it’s just us getting old…

I mean IDLES is my favourite punk rock band – if you want to call it that – and is the most consistent with ‘punk’ as a philosophy because they don’t care about anything. That’s why I love them. I even have an IDLES tattoo on my hand because I’m that big of a fan. I think the most important thing about their music, and that kind of music, is that they’re talking about all those sensitive topics without making themselves into a freakshow for talking about it. It just comes naturally and they’re talking about it like it’s the most normal thing in the world, whether it’s being gay, or from another country or struggling with your masculinity. It’s always just the most natural thing to talk about. The sense of power and anger, it’s there, but there’s always just this thing: let’s talk about it. And that’s the most important thing we can all do, just talk about it. Don’t make it special, talk about it like it’s the most normal thing in the world and make it the most normal thing in the world by doing that. That’s the kind of revolution that I support. Just be yourself and talk about it.

I think if I remember correctly, the album is almost ready? What can we expect then, what is it that you want to talk about? How are you going to talk about them?

I mean musically like I said, a lot of 80s and electronic elements, collage elements. The topics are going to be the things that keep us busy, always anti-racist, anti-sexist… It sounds so dumb when you say it, like you need to work out a profile for yourself: here we are, we’re not racist, not sexist, we’re body-positive and far from toxic masculinity!

Yeah I think most of all we’re talking about our own vulnerability because of all those topics. There’s stuff happening to us that’s happening to you also, so let’s understand each other, that’s the main message. Don’t feel special because something’s happening to you, not because it’s not important, but the most important thing we can do is normalise certain topics like depression and fear. Talk about it and realise you are by far not alone. All of us with our own individual stories and our own experiences. You can be the saddest person in the world every now and again, and that’s okay. But you’re not alone. We know your struggle, we don’t have the answers, but we want to talk about it. Sounds like some strange group, Vulnerable Anonymous or something. But yeah vulnerability is a big topic. Another thing we always kept deep in our songs is, well, it’s good to be alive.

Do you think you’re better at talking about vulnerability now than you were before?

Yeah because of experiences we’ve had, but we always did that. I always did that. But now, although we don’t have the answers, now there’s a lot more hope in all that talking. We’re talking about being vulnerable and sad every now and again, but always being hopeful is a lot easier than it was before. Nothing that happened to us during these last 20 years killed any of us, so it seemed pretty clear it won’t in the next 20 years. If we’re lucky!

And if the world doesn’t end.

If the world doesn’t end!

And on that note, this journalist is off to join Vulnerable Anonymous.